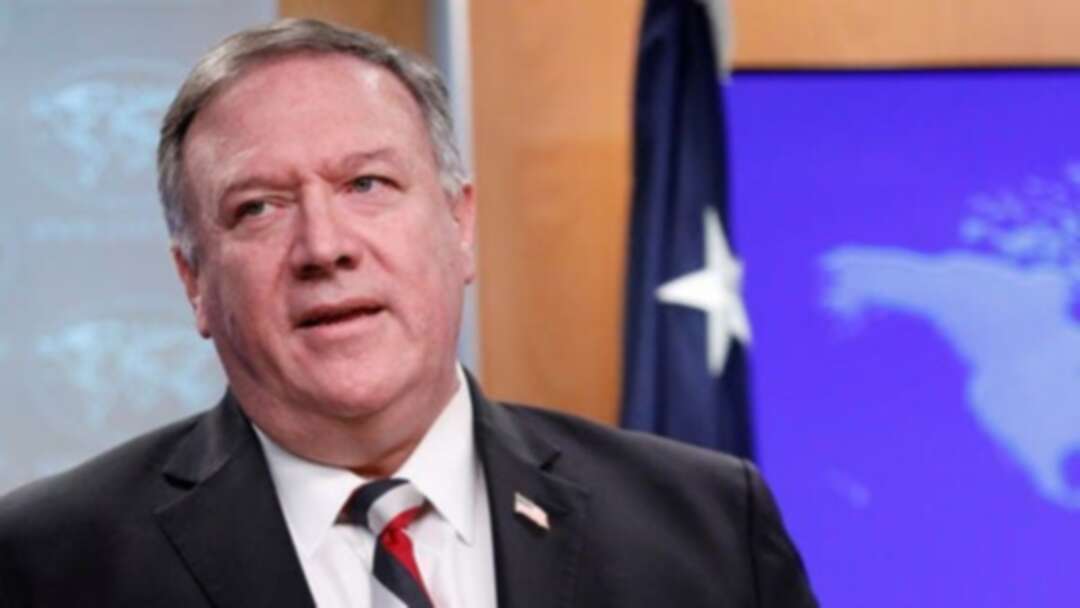 US Secretary of State Mike Pompeo during a news conference at the State Department in Washington, US, March 17, 2020. (Reuters)

The United States will hold talks with Iraq in June on the future of its troop presence in the country, whose parliament has voted to expel them, Secretary of State Mike Pompeo said Tuesday. Washington

With Iraq increasingly becoming a proxy battleground between Iran and the United States, President Donald Trump has refused to pull the 5,200 US troops and earlier even threatened sanctions on Baghdad if it moved forward.

But Pompeo, without signaling a decision on troop levels, said the military presence would be on the table in a “strategic dialogue” scheduled for mid-June.

“With the global COVID-19 pandemic raging and plummeting oil revenues threatening an Iraqi economic collapse, it’s important that our two governments work together to stop any reversal of the gains we’ve made in our efforts to defeat ISIS and stabilize the country,” Pompeo told reporters.

“All strategic issues between our two countries will be on the agenda, including the future presence of the United States forces in that country and how best to support an independent and sovereign Iraq,” Pompeo said.

The United States will be represented by David Hale, the top career diplomat at the State Department.

Iraq’s government was furious in January when the United States killed Iran’s most prominent general, Qassem Soleimani, in a drone attack at the Baghdad airport.

Iraqi Shia paramilitary forces have been blamed for more than two dozen rocket attacks since October against bases housing US troops and foreign embassies.

The fighters are closely linked to Iran, which is the target of a “maximum pressure” campaign by the Trump administration that includes sweeping sanctions.

Weakening Iraq’s clout, its government has been in chaos since the eruption of major protests last year. Washington

Adnan Zurfi, who is considered pro-Western, was last month given 30 days to pull together a cabinet.

Pompeo said the United States would support any Iraqi leader who moves “away from the old sectarian model that ended up with terror and corruption.”

US Central Command recently pulled back troops from smaller bases in Iraq, where they are vulnerable to attack, but said it was responding to risks from the coronavirus pandemic. levant

Coronavirus could infect over 650,000 in Lebanon if lockdowns not adhered to: Report Coronavirus: Iran records 121 new deaths, bringing total over 4,000