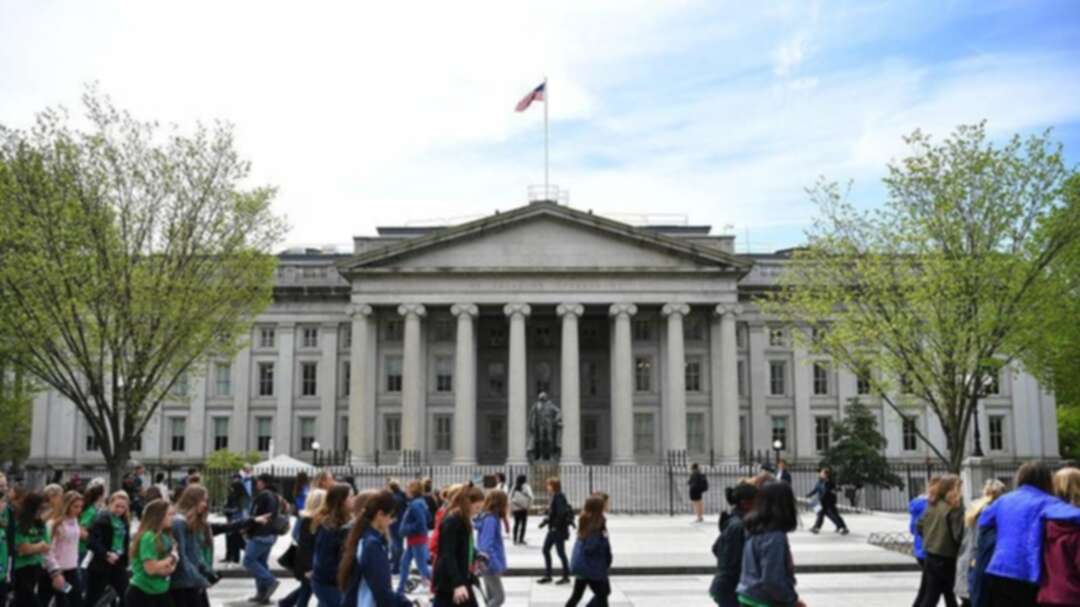 A view of the US Treasury building in Washington, DC. (AFP)

The Treasury Department on Monday took its first action in response to foreign interference in the 2018 midterm elections by placing the yacht and private planes of a Russian financier on an international sanctions list along with employees of a Russian troll farm he funded to spread false information on social media.

Sanctions placed on the planes and yacht of financier Yevgeny Prigozhin mean that any US and many foreign ports would face penalties for providing services to the vessel or the aircraft, according to a US Treasury Department notice announcing the measures.

“Let this serve as a warning: any actors who continue to engage with these individuals, companies, aircraft or vessel may also be subject to future sanctions,” Secretary of State Mike Pompeo said in a statement. “We have been clear: We will not tolerate foreign interference in our elections.”

“We realize that such steps reflect an internal political crisis that has engulfed the United States, in which Russia-related issues are deliberately used by part of Washington’s establishment to achieve its goals,” the ministry said in a statement.

“This anti-Russian move won’t be left unanswered. At the same time, we are urging US politicians to end the stupid game of sanctions that brings zero results and come back to common sense.”

Prigozhin, who was already on the sanctions list for his alleged involvement in influencing the 2016 US elections, uses a series of front companies to manage the yacht and planes that he and his family use to vacation around the world, Treasury said.

The US accuses him of attempting to “subvert American democratic processes,” though there is no evidence that the efforts of the Internet Research Agency or other foreign actors managed to prevent anyone from voting, changed votes or disrupted the counting, Treasury Secretary Steven Mnuchin said.

The US is also taking measures to protect the 2020 elections against adversaries that may be seeking to influence that vote as well, Treasury said, singling out Russia, Iran and China.

In the run-up to the November 2018 elections, the Internet Research Agency, based in St. Petersburg, Russia, used fake social media accounts to flood America with disinformation aimed to discredit candidates it deemed hostile to Russia. In 2016, the same organization sought to help Donald Trump by disparaging Hillary Clinton, according to the special counsel Robert Mueller’s report on Russian interference in the campaign.