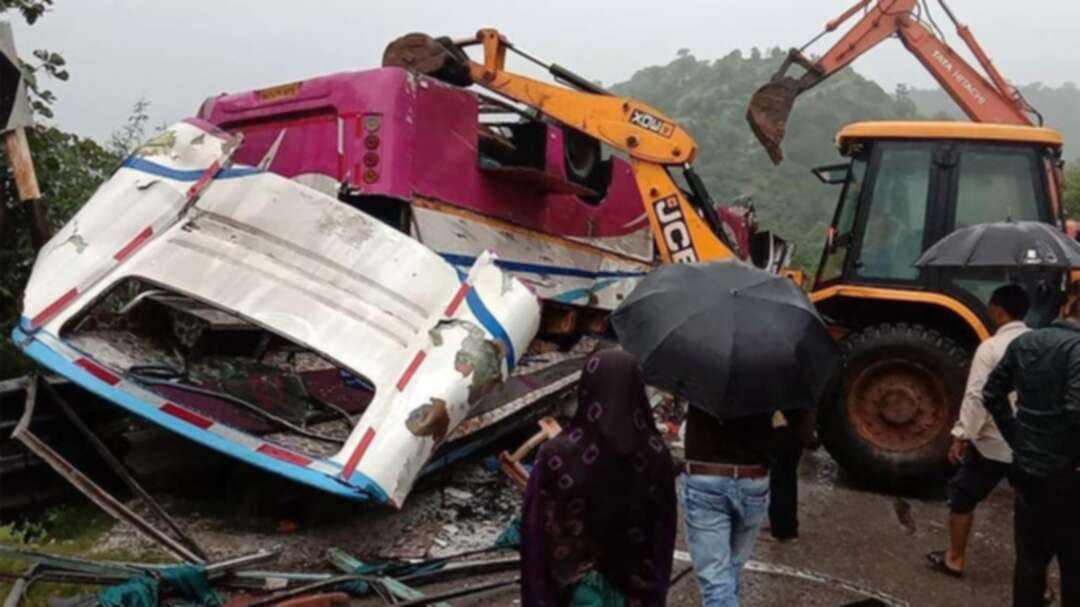 Excavators work on the site where a bus flipped in an accident that killed 21 people returning from offering prayers near Ambaji temple in Banas Kantha district, some 175 kms from Ahmedabad on September 30, 2019. (AFP)

At least 21 people returning from offering prayers at a temple in India’s western state of Gujarat died after their bus overturned Monday, police said, with heavy rains hindering rescuers.

Police said the bus, carrying 70 passengers returning from the temple town of Ambaji to their villages in Anand district, flipped when the driver tried to navigate a sharp curve on the road at high speed in wet conditions caused by the late monsoon season.

“There were about 70 passengers on board the bus of which 21 have died,” local police superintendent Ajit Rajian told AFP.

“Thirty-five others injured have been sent to Palanpur civil hospital. The rescue operations were hampered because of heavy rain coupled with gushing wind.”

Prime Minister Narendra Modi, whose home state is Gujarat, tweeted that he was “extremely pained” by the loss of lives.

Salah Khashoggi: I will not accept exploitation of my father’s case by enemies US targets Russia in first step against meddling in midterms