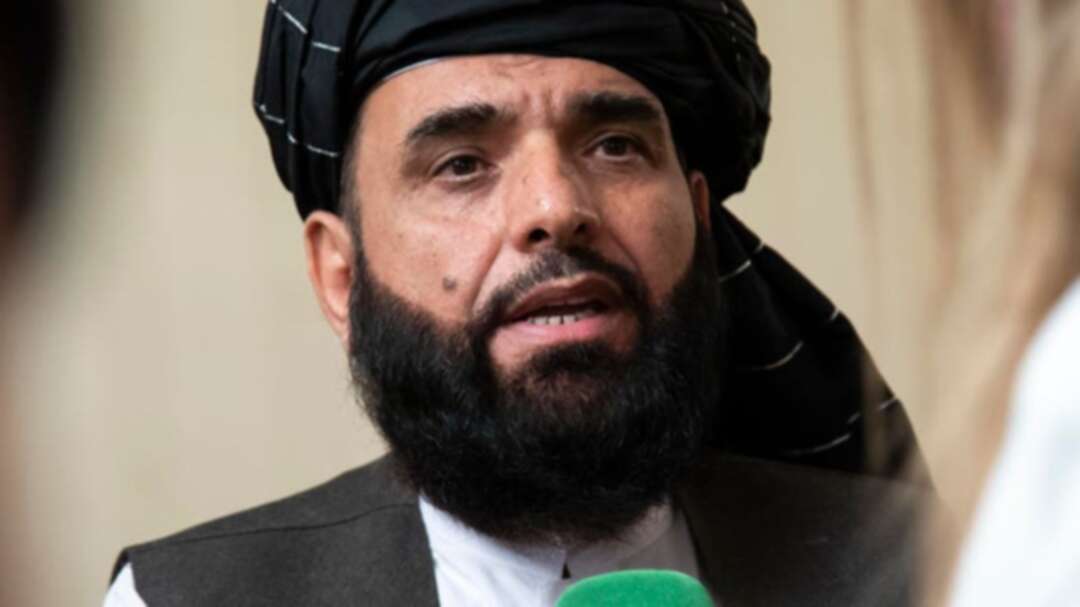 In this May 28, 2019 photo, Suhail Shaheen, spokesman for the Taliban's political office in Doha, speaks to the media. (File photo AP)

The Taliban are aiming to reach a withdrawal agreement with the US by the end of January and are prepared to “scale down” military operations ahead of signing the deal, according to their chief spokesman.

The statement by Suhail Shaheen to Pakistani daily Dawn comes as the group and the US held discussions in Doha this week after insurgent sources told AFP they had offered to initiate a brief ceasefire.

“We have agreed to scale down military operations in days leading up to the signing of the peace agreement with the United States,” Shaheen told Dawn in a report published Saturday.

He added that the Taliban were “optimistic” a deal with Washington could be signed before the end of the month and that the reduction in fighting across the country would also include the targeting of Afghan forces.

“It’s now a matter of days,” said the spokesman.

Washington has for weeks been calling on the militants to reduce violence, posing it as a condition for resuming formal negotiations on an agreement that would see US troops begin to leave the country in return for security guarantees, after a near two-decade fight.

The Taliban and the US had been negotiating the deal for a year and were on the brink of an announcement in September 2019 when President Donald Trump abruptly declared the process “dead”, citing Taliban violence.

Talks were later restarted between the two sides in December in Qatar but were paused again following an attack near the Bagram military base in Afghanistan, which is run by the US.

Any agreement with the Taliban is expected to have two main pillars -- an American withdrawal from Afghanistan, and a commitment by the insurgents not to offer sanctuary to jihadists -- and would ultimately have to be given final approval by Trump.

The Taliban’s relationship with Al-Qaeda was the main reason cited for the US invasion more than 18 years ago.

A deal would hopefully pave the way for intra-Afghan talks.

Many observers agree that the war can no longer be won militarily and that the only route to a feeling of lasting peace in Afghanistan is for an agreement between the Taliban and the US-backed government in Kabul.

The Taliban have until now refused to negotiate with the Afghan government, which they consider an illegitimate regime, raising fears that fighting will continue regardless of any deal ironed out with the Americans.