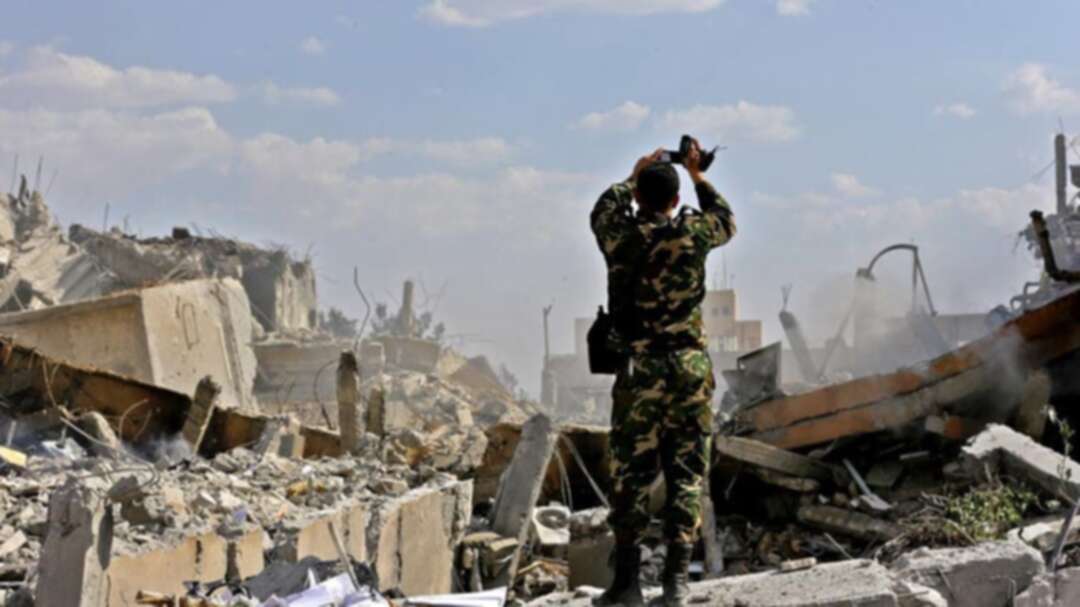 A Syrian soldier inspects the wreckage of a building in the Barzeh district, north of Damascus, on April 14, 2018. (File photo AFP)

At least 18 people have been killed and 15 others were wounded in airstrikes by the Syrian regime and Russia in the western countryside of Aleppo on Saturday, the Syrian Observatory for Human Rights reported.

The regime forces targeted several areas in Aleppo with aerial and artillery shelling, the report stated.

No further details of the attack were provided.

Syrian government warplanes hit a market and an industrial area on Wednesday in Idlib, the last territory in rebel hands. The attacks killed at least 15 people, opposition activists said.

Taliban aim to sign deal with US by end of month: Report Syrians with Turkish citizenship lead militant factions in Libya: Sources