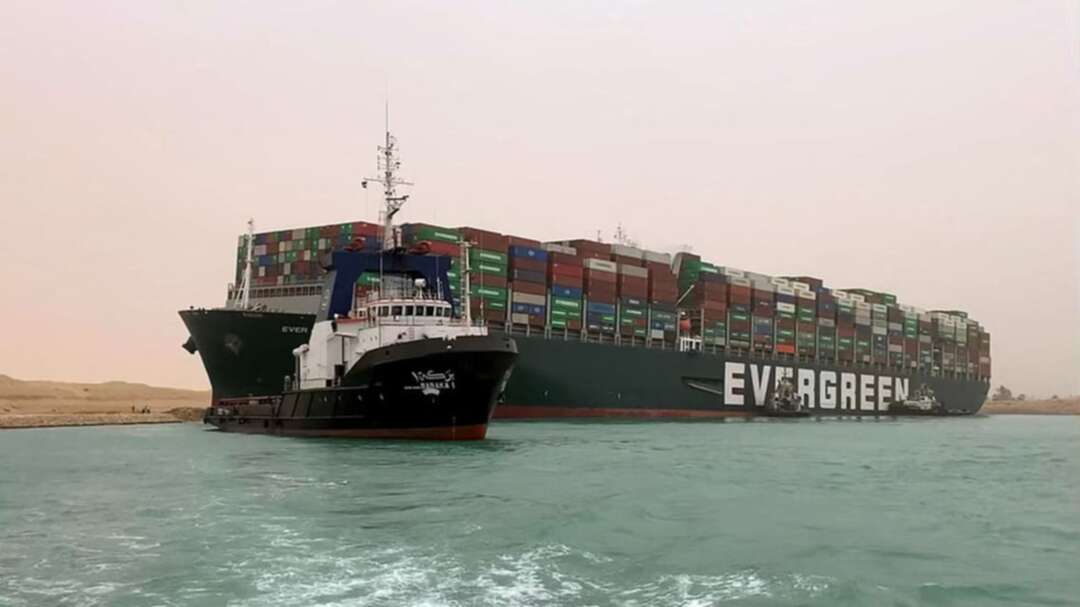 The MV Ever Given (Evergreen) lodged sideways and impeding all traffic across the waterway of Egypt's Suez Canal. (AFP)

Egypt’s Suez Canal Authority said Thursday it was “temporarily suspending navigation” through one of the world’s busiest shipping lanes until the grounded container vessel MV Ever Given is refloated.

“Maritime authorities said that 13 shipsfrom the northern convoy via Port Said were supposed to pass through but ... remain docked in the transit areas until refloating is complete,” the authority’s spokesperson George Safwat said.