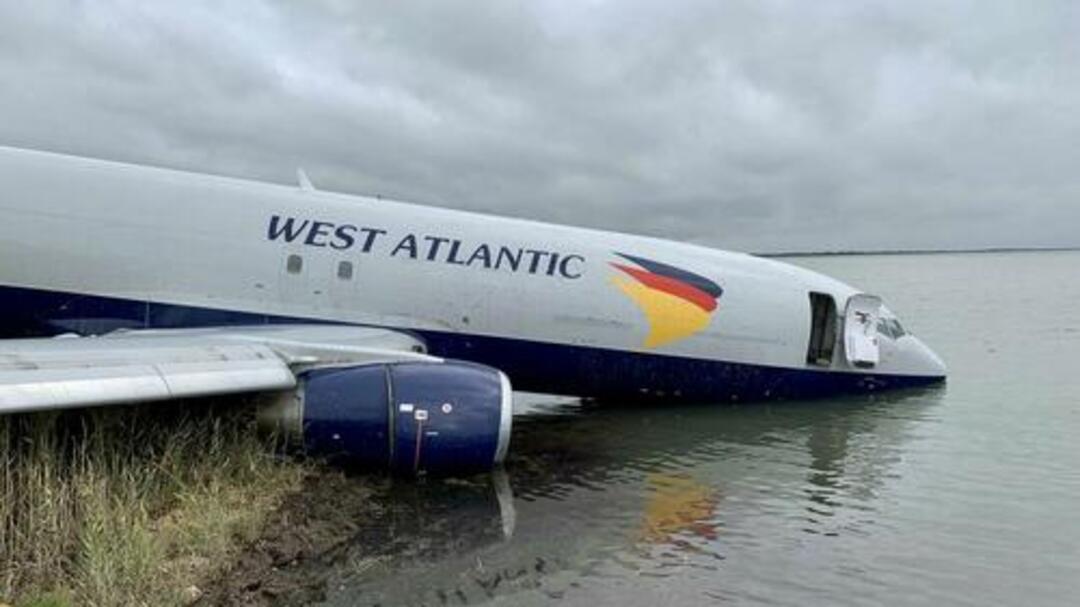 Boeing 737 cargo plane of West Atlantic Airlines got off the track while landing at Montpellier Airport  in southern France, falling into nearby water, ccording to the statement of the officials on Twitter.

The accident took place around 2:50 a.m. at Montpellier airport in a violent storm.

The Boing 737 transporting mail from Paris Charles de Gaulle (it operates the Ajaccio, Montpellier Charles de Gaulle and return line daily at night) “slipped” upon landing to find its nose in the water of the Mauguio pond at the end of the track.

More fear than harm, the three people on board are unharmed.

According to the first elements of the investigation which was entrusted to the Accident Investigation Bureau (BEA), the plane which would belong to a subsidiary of a foreign group would have aquaplaned on a wet runway on landing.

But investigations are underway to determine the exact circumstances of this accident (speed, weather, weight, manoeuvre, authorization to land, etc.). The two pilots of foreign nationality will be heard in particular.

A statement from the governorate of the Herault region said that all flights in Montpellier Airport were suspended until the security investigation on the track is finished.

The statement also added that a company expert on the issue is going to start working to get the plane off of the water.