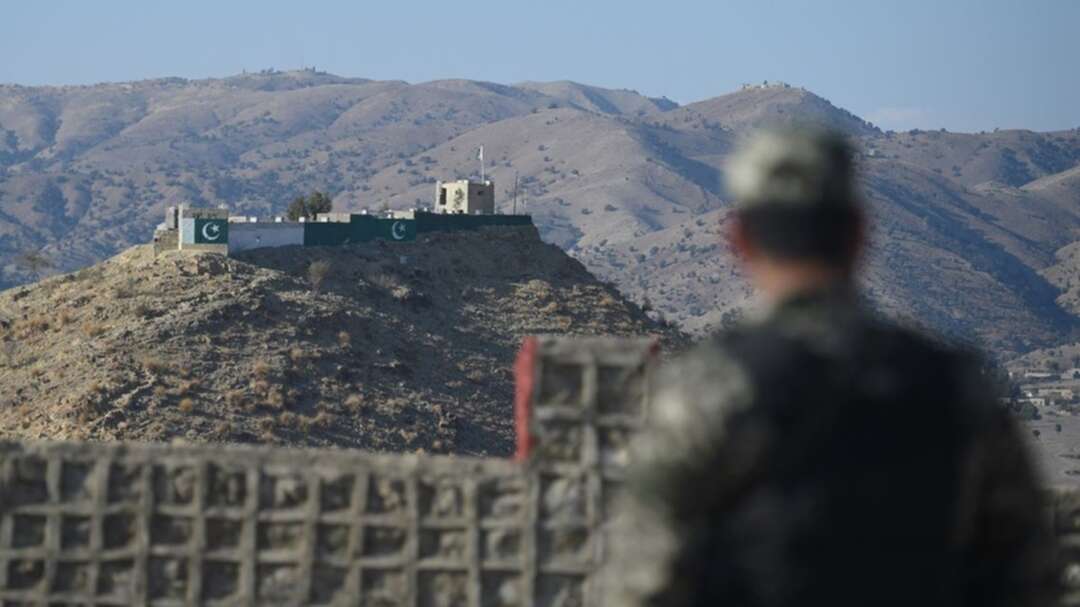 A Pakistani army soldier stands guard on a border terminal in Ghulam Khan, a town in North Waziristan, on the border between Pakistan and Afghanistan, on January 27, 2019. (AFP)

A group of militants in Afghanistan fired across the border at troops in southwest Pakistan, on Wednesday, killing at least four soldiers before fleeing, the military said.

The attack took place as a unit oversaw fencing installation near the town of Zhob in Baluchistan province, the military said in a statement. It said the troops returned fire, and six of them were also wounded and transported to a hospital in Quetta.

No one claimed responsibility and the military provided no further details.

Pakistan started fencing the Afghan border in 2017 to contain militant movement and to curb smuggling and illegal border crossing. Pakistan says it has completed about 85 percent of the fence along the 2,611-kilometer (1,622-mile) border with Afghanistan — known as the Durand Line.

Afghanistan has never recognized the border, which runs through the Pashtun heartland, diluting the power of Afghanistan’s largest ethnic group on both sides. The two sides often accuse each other of tacitly allowing militants to operate along the porous frontier.