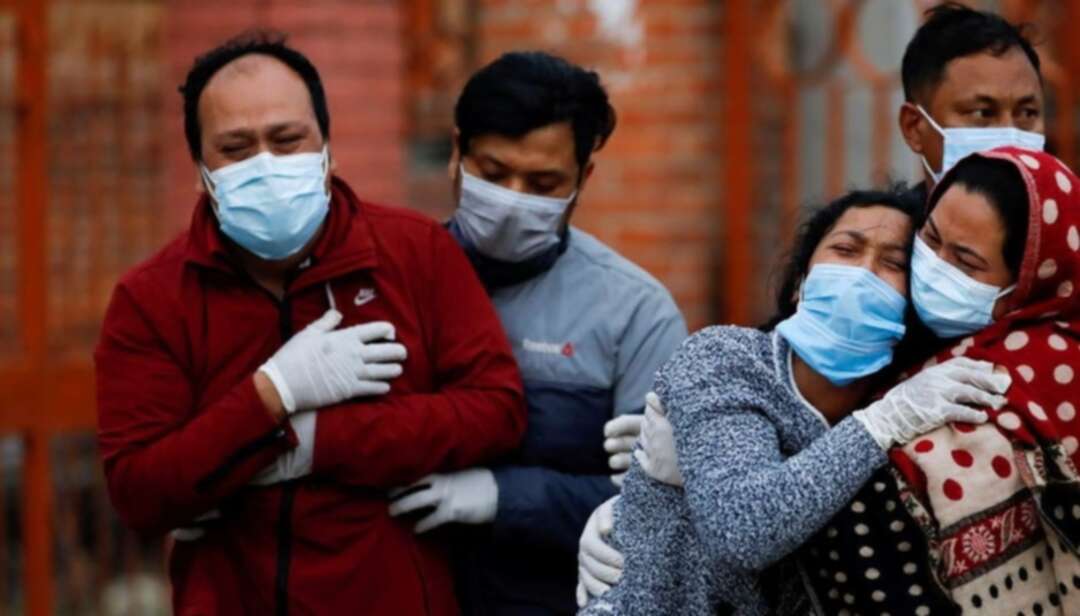 Family members mourn a coronavirus disease (COVID-19) victim as the country recorded the highest daily increase in death since the pandemic began, in Kathmandu, Nepal May 3, 2021. (File Photo: Reuters)

Nepal is being overwhelmed by a COVID-19 surge as India’s outbreak spreads across South Asia, the International Federation of Red Cross and Red Crescent Societies said on Wednesday.

“We need to act now and we need to act fast to have any hope of containing this human catastrophe. This virus has no respect for borders and these variants are running rampant across Asia,” said Alexander Matheou, Asia Pacific director for the Geneva-based agency representing the global humanitarian network.

Nepal is now recording 57 times as many cases as a month ago, with 44 percent of tests now coming back positive, the statement said. Nepalese towns near the Indian border could not cope with the growing number of people needing treatment, while only 1 percent of the country’s population was fully vaccinated.

“What is happening in India right now is a horrifying preview of Nepal’s future if we cannot contain this latest COVID surge that is claiming more lives by the minute,” said Netra Prasad Timsina, chair of the Nepal Red Cross.

“It is beyond distressing to see that people cannot say goodbye to their loved ones as cremations are taking place at record levels due to these new COVID variants, which are striking down people of all ages in Nepal.”

The statement noted that other neighbors of India were also in the firing line as the outbreak spreads. Hospital intensive care units in Pakistan and Bangladesh were full or close to capacity, it said.