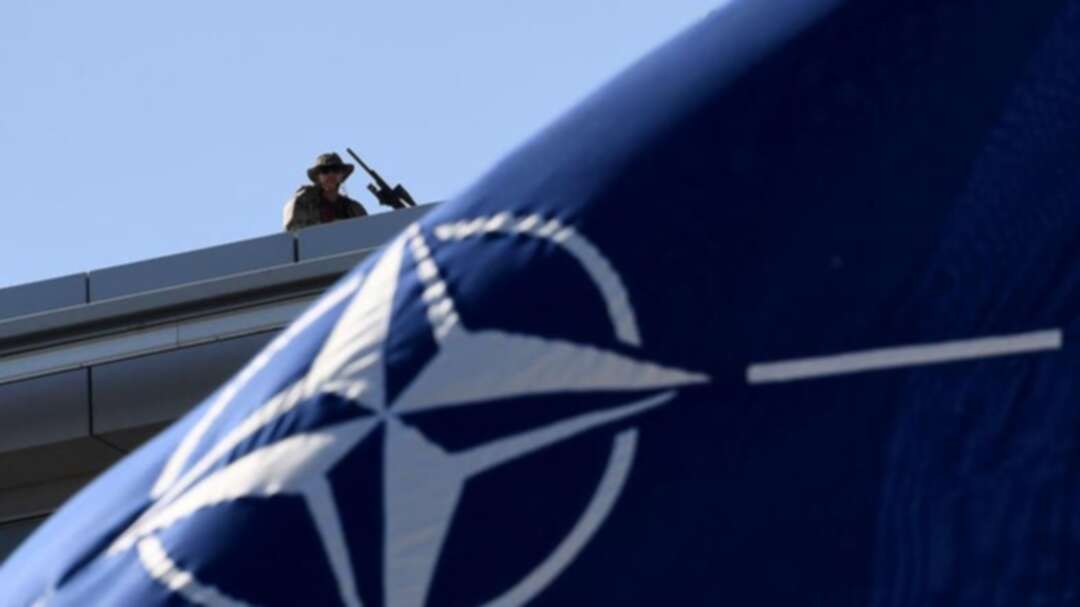 A military personnel stands guard on top of the roof during the NATO Summit ceremony at the NATO headquarters. (File photo AFP)

NATO’s ruling council will meet Friday for urgent talks on the Syria crisis after at least 33 Turkish soldiers were killed in an airstrike blamed on Damascus.

“The North Atlantic Council, which includes the ambassadors of all 29 NATO allies, will meet on Friday 28 February following a request by Turkey to hold consultations under Article 4 of NATO’s founding Washington Treaty on the situation in Syria,” the alliance said in a statement.

Under Article 4, any NATO member can request talks when they believe their “territorial integrity, political independence or security” is threatened.

It is separate from the alliance’s Article 5 mutual self-defense pact, which refers to an attack on any members’ territory.

Dozens of more Turkish troops were injured in the airstrike in Syria’s northwestern Idlib province, where President Bashar al-Assad is seeking to wipe out the last opposition stronghold.

The losses come after weeks of growing tensions between Ankara and Damascus ally Moscow, and bring to 53 the number of Turkish security personnel killed in the province this month.

Ankara has called talks under Article 4 several times in recent years – twice in 2012 including after one of its jets was shot down by Syrian forces, and once in 2015 after a spate of terrorist attacks in Turkey.

After the 2012 incidents, NATO agreed to deploy Patriot missile batteries in Turkey as a defensive measure.