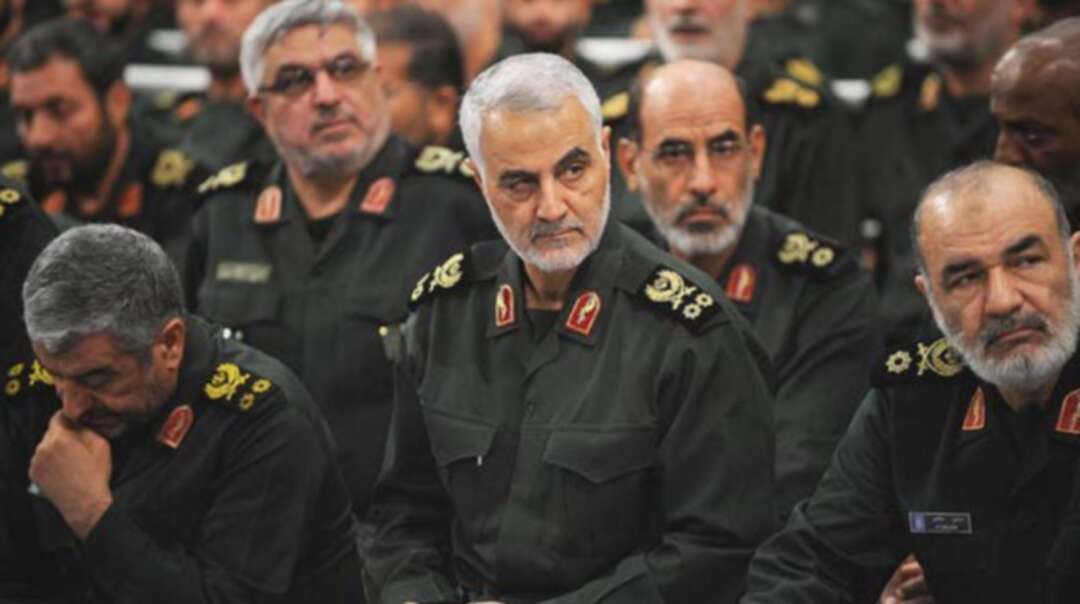 A music video circulating on social media appears to pay tribute to slain Islamic Revolutionary Guards Corps (IRGC) commander Qassem Soleimani almost a year to the day of his death.

Soleimani, who headed Iran’s Quds Force, the overseas arms of the IRGC, was killed in a US airstrike at Baghdad’s international airport on January 3, 2020.The four-minute video, entitled “You Shine”, credits artists Hassan Tavakoli, for the lyrics and vocals.

The video, available on YouTube, features lyrics including: “Your name is Q.S., You’re a hero of humanity. You defied the limits of intelligence, Sending shivers down the spine of Global Arrogance. You decried oppression in every form.”

The lyrics also say: “Ever since you left, I must confess, the world has become a total mess. You were the bridge that connected hearts. Always there for us when we were in distress. Everywhere I look I see your trace. You tried to make the world a better place. Oppressors will never forget your frown. The oppressed will not forget the smile on your face.”

In a clip, Tavakoli sings: “Though you were martyred mercilessly, an army of you is growing globally. Because people are tired of all this prejudice. They want to fight like you against injustice.”

The video has received a backlash on social media, where it has been viewed tens of thousands of times.

So there's an English song that I think it's been released today in honour of #Soleimani. Below is a little glimpse into the music video.

Follow this link to watch the whole thing: https://t.co/I9dgSazxXw#Iran pic.twitter.com/2E4EzPuuTV

On Twitter, one user writing: “Soleimani was a terrorist and justice came upon him.”

Soleimani’s legacy will include his kill record from the Middle East to South America.

In Lebanon, Soleimani was suspected of being involved in the 2005 assassination of former Prime Minister Rafik al-Hariri, according to a 2013 article in the New Yorker, which reported that the senior investigator for the UN-backed Special Tribunal for Lebanon suspected Iranian involvement in the murder.

“If Iran was involved, Soleimani was undoubtedly at the center of this,” the article reported former senior CIA official Robert Bauer as saying.

In Syria, Soleimani “continued support to the murderous regime…aiding and abetting Assad’s brutal abuses against the Syrian people,” according to US Vice President Mike Pence, last January, following the death of the Iranian military chief.

The US Treasury Department had sanctioned Soleimani in relation to “human rights abuses in Syria, for his role as the Commander of the IRGC-QF, the primary conduit for Iran’s support to the Syrian General Intelligence Directorate (GID),” according to a May 2011 statement.

It is also alleged that Soleimani’s Quds Force carried out the 1992 bombing of the Israeli embassy and the 1994 bombing of a Jewish community center both in Bueno Aires, Argentina, which combined to kill over 100 people.

The Iranian military chief was also behind the attempted assassination of Saudi Arabian ambassador to the US Adel al-Jubeir in 2011 and oversaw “a terrorist attack attempt on American soil,” according to Pence.

And Soleimani’s plans to kill were far from over. Soleimani was plotting attacks on American diplomats and military personnel before he was killed, according to Pence.

There is increased concern about what Iran or its militias might do ahead of the first anniversary of Soleimani’s death.