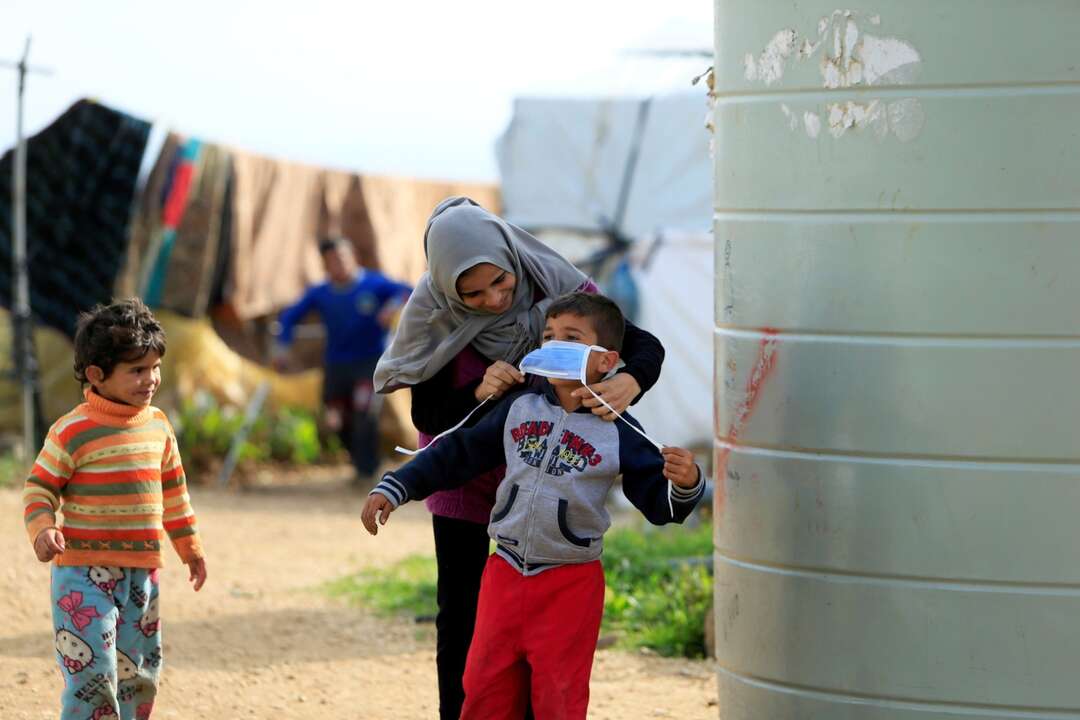 A Syrian refugee woman puts a face mask on a boy as a precaution against the spread of coronavirus, in al-Wazzani area, in southern Lebanon, March 14, 2020. (Reuters)

The Syrian woman died early on Friday after a bullet struck her in the head in a refugee camp in Baalbek, according to the National News Agency.

The Middle East Airlines plane on the tarmac at Beirut’s airport was hit as people in the vicinity of the southern Beirut neighborhood fired in the air in celebration. The plane later took off as scheduled after engineers made sure it was safe to fly.

Shooting from guns and rifles into the air in celebration is common in some parts of Lebanon at events such as weddings, funerals, when political leaders give speeches — and even when a student passes high school exams.

In September, Lebanon’s leading football player Mohammed Atwi died, nearly a month after he was struck in the head by a stray bullet fired by mourners during a funeral for one of the victims of this summer’s massive Beirut port explosion. Atwi was 33.