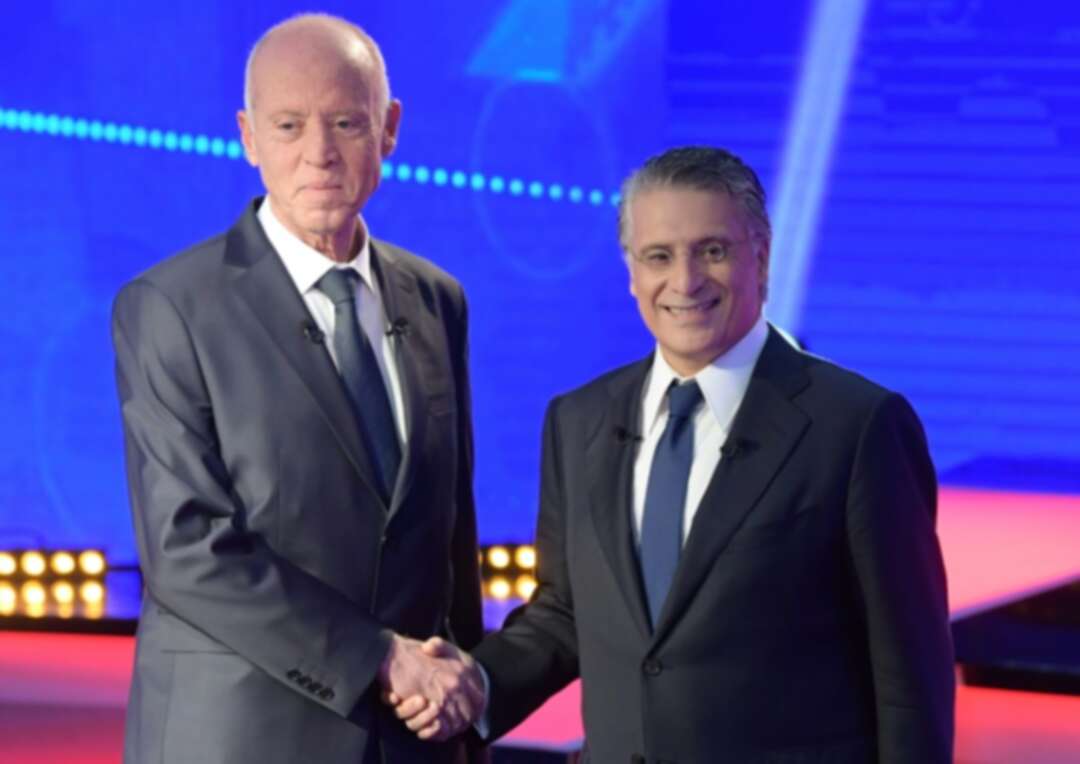 Tunisians began voting on Sunday in a presidential runoff pitting a conservative academic against a media magnate fresh out of jail, reflecting a shift in the country's post-revolution political landscape.

The political newcomers swept aside the old guard in the first round, highlighting voter anger over a stagnant economy, high unemployment and poor public services in the cradle of the Arab Spring.

Adding controversy and suspense to the contest, presidential contender Nabil Karoui only walked free on Wednesday, having spent more than a month behind bars on suspicion of money-laundering.

This election is "more exciting than a local derby (football match)," said a young man taking part in lively debate on Bourguiba Avenue in central Tunis ahead of the showdown.

The vote, Tunisia's second free presidential poll since the 2011 revolt, follows the death of president Beji Caid Essebsi in July.

Polling stations opened to the electorate of seven million at 8:00 am (0700 GMT) and are due to close at 6:00 pm. Exit polls are expected by Sunday evening.

Karoui, a 56-year-old business tycoon, appeared relaxed, if at times hesitant. Speaking in Tunisian dialect, he stuck to his key themes of economic liberalisation and fighting poverty.

Serious but also at ease, 61-year-old independent candidate Saied called for the decentralisation of power and criticised the country's partisan system, in classical Arabic.

The runoff outcome remains uncertain, with a ban on opinion polls, but Karoui received a boost with his newly formed party, Qalb Tounes (Heart of Tunis), coming second in legislative elections a week earlier.

Saied topped the first round in the presidential election, held on September 15, with 18.4 percent of votes, while Karoui followed with 15.6 percent. Turnout for that round was a modest 45 percent.

Karoui presents himself as a candidate for the poor but spent most of his campaign imprisoned on money-laundering and tax-evasion charges. He was released on his fourth appeal in court after threatening to contest the results.

While the candidates are both seen as anti-establishment figures, the contrast between them is sharp, with Saied nicknamed "Robocop" for his rigid and austere manner.

A social conservative, he has defended the death penalty, criminalisation of homosexuality and a sexual assault law that punishes unmarried couples who engage in public displays of affection.

Saied is an expert on constitutional law, who taught at the Tunis faculty of judicial and political sciences for nearly two decades.

He launched an unorthodox election campaign that saw him shun mass rallies and instead canvass door-to-door.

The appeal of flamboyant Karoui, who always appears in designer suits, stems largely from his media empire and philanthropic activity.

A former executive for Colgate-Palmolive, in 2002 Karoui launched a media agency with his brother.

Over the past three years, Karoui burnished his reputation with a charity show on Nessma in which he distributed household appliances to needy families.

His arrest in the run-up to the election cemented his status as an outsider -- despite being a longtime key supporter of Essebsi, whose death on July 25 brought forward the polls.

Karoui, who says the allegations against him are politically motivated, campaigned by proxy through his wife and party.

Although now a free man, Karoui is still under investigation for fraud and banned from travelling abroad.

But if he wins the runoff, Karoui will receive immunity "and all the legal proceedings against him... will be suspended until the end of his mandate", constitutional law professor Salsabil Klibi told AFP.