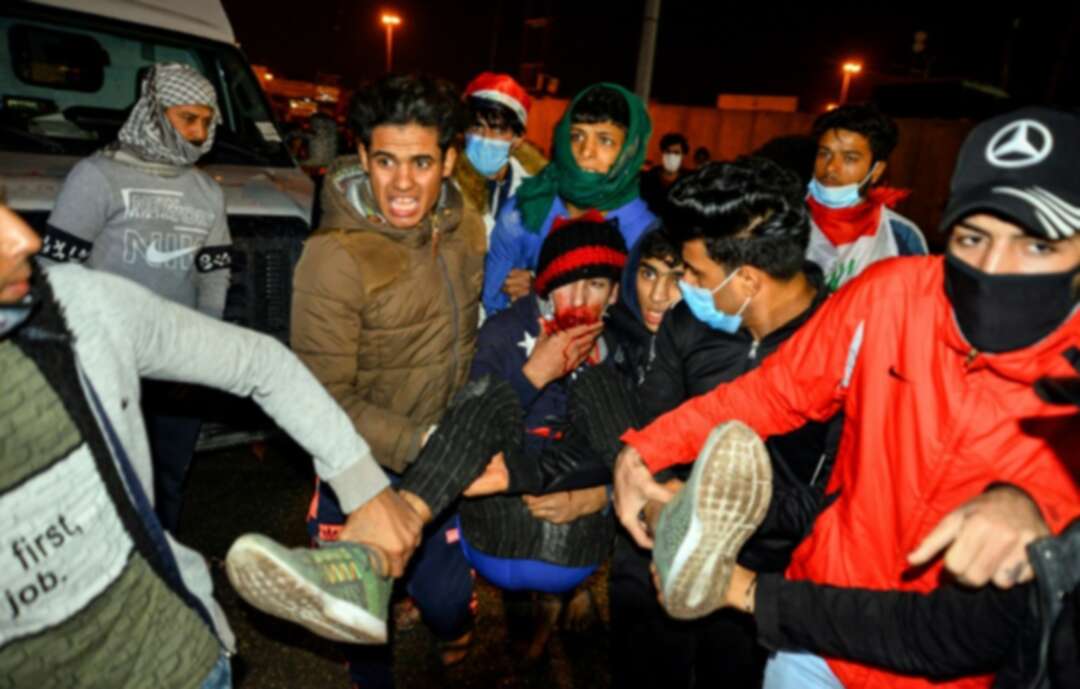 Thousands of defiant Iraqi protesters regrouped on Friday across the country's south, the morning after nearly 45 protesters were killed in one of the bloodiest days of anti-government rallies yet.

Thursday's violence marked a dangerous new turn for the anti-government movement rocking the country for nearly two months, as men dressed in civilian clothes shot at demonstrators and tribal fighters deployed in the streets in their defense.

Nearly 400 people have died and some 15,000 have been wounded since the protests erupted in Iraq's capital and Shiite-majority south on October 1 against a government accused of corruption and inefficiency.

The demonstrations have been the bloodiest grassroots protests in strife-torn Iraq in the decade and the single bloodiest days was Thursday, when 44 were killed and nearly 1,000 wounded, most of them across the south, according to medics and rights groups.

The bulk of the dead, 26, fell in the southern protest hotspot of Nasiriyah, and thousands hit the streets to mourn them on Friday.

Large crowds also gathered in the city's main squares to demand the government step down, and others used burning tires to block highways leading north.

Three protesters were wounded in confrontations outside Nasiryah's main police headquarters, according to medics.

In Baghdad, where two demonstrators died on Thursday, protesters dug into their main camp at Tahrir (Liberation) Square despite skirmishes with security forces.

And in the shrine city of Najaf, a massive funeral procession wound its way through the streets carrying coffins of some of the 16 people who were killed there the previous day.

Many expected Iraq's highest Shiite authority, Grand Ayatollah Ali Sistani who lives in Najaf, to address the violence in his weekly sermon on Friday.

The 89-year-old cleric, never seen in public, has backed the protests and repeatedly called for restraint in dealing with them.

The new unrest in Iraq's south was unleashed after protesters stormed the Iranian consulate in Najaf late on Wednesday, accusing the neighboring country of propping up Iraq's government.

Tehran demanded Iraq take decisive action against the protesters, saying it was "disgusted" with developments.

As the death toll climbed late into the evening, the premier sacked the commander he had dispatched to Nasiriyah and the governor based in the city resigned.

Police officers speaking on condition of anonymity told AFP they had received orders on Thursday to "finish off" the rallies but the disastrous developments in Nasiriyah put a halt to those plans.

The violence was condemned worldwide, with Amnesty International denouncing a "bloodbath" in Nasiriyah.

"The scenes from Nasiriyah this morning (Thursday) more closely resemble a war zone than city streets and bridges," said Lynn Maalouf of the London-based rights group.

Baghdad and the south have been rocked by the most widespread street unrest since the 2003 US-led invasion that toppled Saddam Hussein.

Protesters are seeking an overhaul of the ruling elite, accused of corruption and embezzling state funds in a country scarred by decades of conflict and where infrastructure is failing.

Iraq is OPEC's second-largest crude producer but one in five Iraqis lives in poverty and youth unemployment stands at 25 percent, according to the World Bank.

The two countries have close but complex ties and Tehran holds significant sway among Iraqi political and military leaders.

Those meetings, sources told AFP, brought firebrand cleric Moqtada Sadr back into the fold after he called on the embattled premier to resign.

Thursday Sadr said it would "be the beginning of the end for Iraq" if the government did not step down.