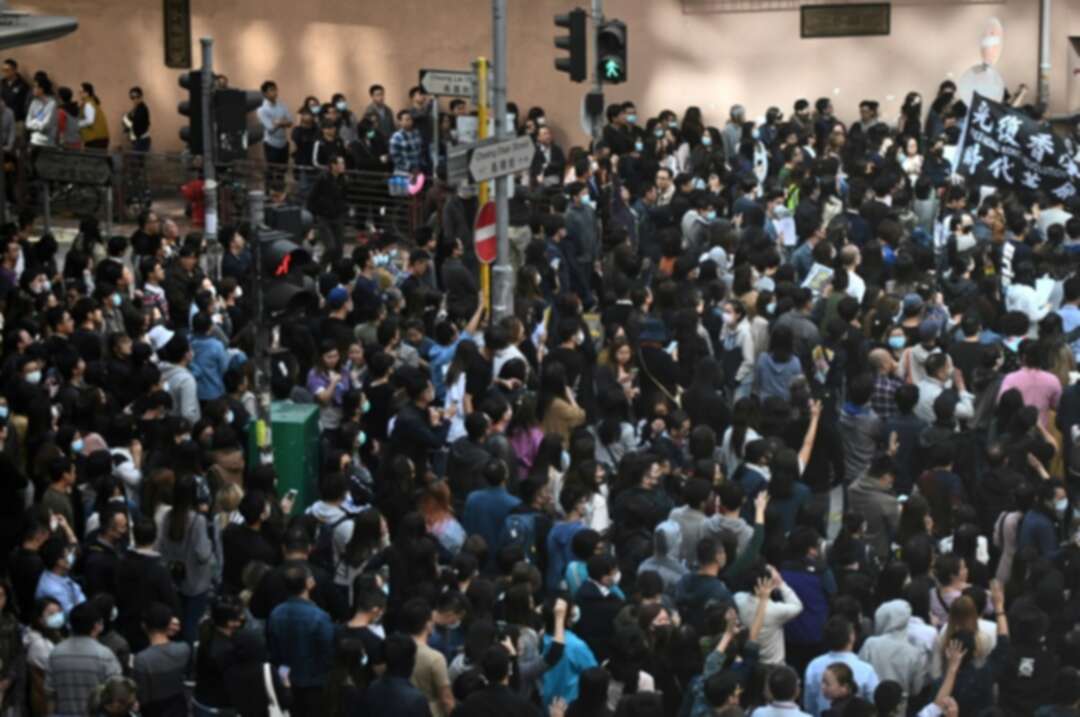 Hong Kong police on Friday ended their two-week siege of a university campus that became a battleground with pro-democracy protesters, as activists vowed to hold fresh rallies and strikes in the coming days.

Sunday's district council polls delivered a stinging rebuke to the financial hub's pro-Beijing establishment and undermined their argument that a silent majority were tired of the nearly six months of increasingly violent protests.

They also ushered in a rare period of calm following weeks of spiraling unrest, with no clashes or tear gas battles between protesters and police for more than a week.

But the calm spell looks set to end as public anger grows once more over the lack of response to the election results by Beijing and Hong Kong's leaders.

Online forums used to organize the mass movement have filled with calls for a major rally on Sunday and a strike on Monday targeting the morning commute.

"If the communist Hong Kong government ignores public opinion, we will blossom everywhere for five or six days straight... We have to set a deadline," read one post on the Reddit-like LIHKG forum, which got heavy approval from users.

The Sunday rally has received permission from authorities, but the fresh calls raise the specter of a return to the kind of weekly political chaos that has battered Hong Kong for nearly six months and helped tip the city into recession.

Hundreds of office workers held flashmob rallies during their Friday lunch break in multiple locations across the city. Riot police were deployed but the protesters dispersed peacefully.

Earlier in the day police said they were closing the book on one of the most violent chapters of the protest movement -- the siege of the Hong Kong Polytechnic University.

The sprawling red-brick campus became a battleground on November 17 between police and protesters armed with bows and arrows as well as Molotov cocktails.

The standoff settled into a tense stalemate during which hundreds fled the campus -- some making daring escapes, others caught and beaten by officers during failed breakouts -- leaving a dwindling core of holdouts surrounded by police cordons.

After university leaders said almost all protesters had left, police teams moved in on Thursday to gather nearly 4,000 Molotov cocktails and other weapons left behind after the occupation.

On Friday afternoon police removed the cordons surrounding the campus and departed, ending the 13-day siege.

They said they had arrested a total of 1,377 people, including more than 800 who left the campus during the siege.

"Only 46 of the people arrested are students from Polytechnic University," its president Jin-Guang Teng told reporters.

"Polytechnic University is the biggest victim in the occupation of the campus."

The university now faces a mammoth clean-up with vast swathes of the campus ransacked, filled with broken glass, barricades and rotting food.

In a letter to students on Friday, university officials warned the campus was "still unsafe and will continue (to) be closed."

But members of the public still made their way onto campus.

"All the images of the battle came right back to my mind when I saw all the debris," one lady told Apple Daily in a live broadcast, bursting into tears.

Hong Kong's protests are fuelled by years of seething anger over China's perceived erosion of liberties in the semi-autonomous city.

Millions of Hong Kongers marched in protest rallies throughout the summer after Lam's government introduced a bill allowing extraditions to the authoritarian mainland.

It was belatedly withdrawn under public pressure, but by then violent clashes between police and protesters had become the norm and the movement had snowballed into wider calls for police accountability and fully free elections.

More than 5,800 people have been arrested and nearly 1,000 charged according to government figures while police have fired more than 12,000 tear gas canisters.

Beijing denies stamping out Hong Kong's liberties and has portrayed the protests as a foreign-backed "color revolution" aimed at destabilizing mainland China.