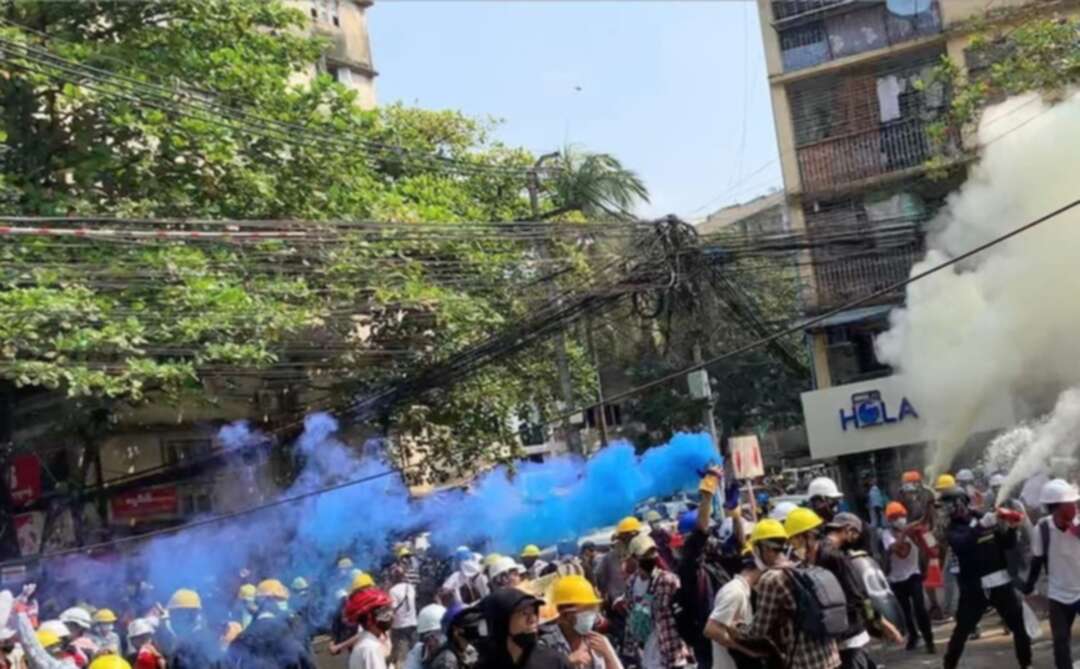 Gunshots were fired at the US cultural center in Myanmar’s biggest city of Yangon on Saturday but caused no injuries, an embassy spokesperson said.

The United States has been strident in its criticism of the junta that seized power in Myanmar on Feb. 1 and the killing of hundreds of anti-coup protesters by security forces.

“We can confirm that shots were fired at the American Center Yangon on March 27. There were no injuries. We are investigating the incident,” embassy spokesperson Aryani Manring said.

Myanmar’s security forces shot and killed at least 50 protesters on Saturday, news reports and witnesses said, a brutal crackdown on dissent that came as the leader of the ruling junta said the military will protect the people and strive for democracy.

Protesters against the Feb. 1 military coup came out on the streets of Yangon, Mandalay and other towns, defying a warning that they could be shot “in the head and back” as the country’s generals celebrated Armed Forces Day.

“Today is a day of shame for the armed forces,” Dr. Sasa, a spokesman for CRPH, an anti-junta group set up by deposed lawmakers, told an online forum.

“The military generals are celebrating Armed Forces Day after they just killed more than 300 innocent civilians,” he said, giving an estimate of the toll since protests first erupted weeks ago.