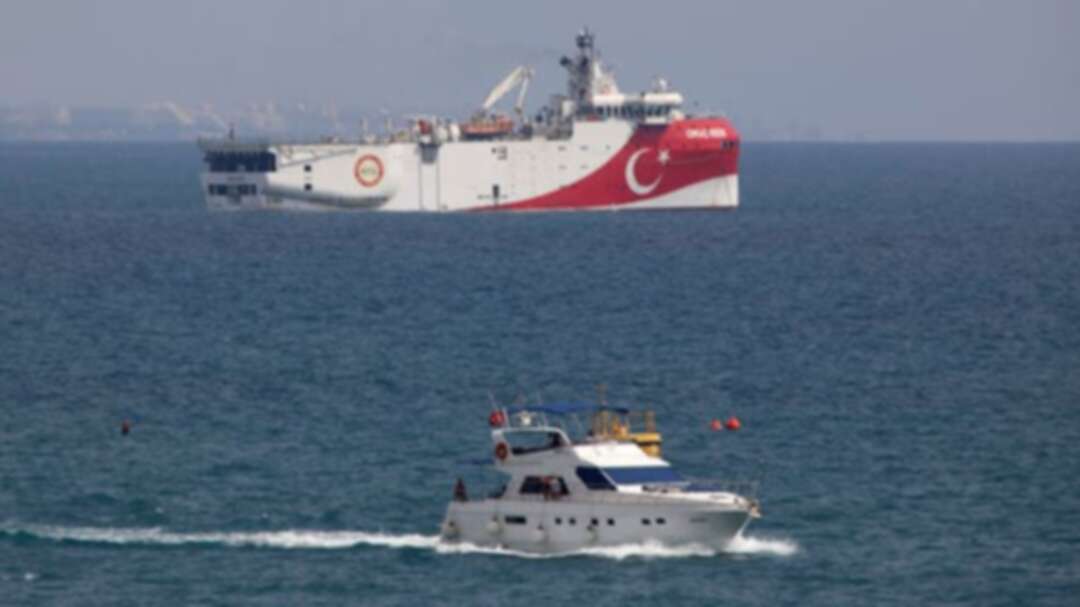 A view of disputed area of the eastern Mediterranean that has been at the heart of a summer stand-off between Turkey and Greece over energy rights. (File photo: AP)

Greece’s conservative government has submitted a bill to parliament to extend the western limit of its territorial waters in the Ionian Sea to 12 nautical miles, following negotiations with its regional neighbors Italy and Albania.

The bill, submitted late on Friday, would extend its western territorial waters from six nautical miles currently. It would not affect waters in the Aegean, off Greece’s southern and eastern coasts where Athens has been in dispute with its NATO ally Turkey over maritime boundaries.

Greece and Italy have already signed an agreement on maritime boundaries establishing an exclusive economic zone in the Ionian Sea, while Athens and Tirana have yet to agree all details of their maritime boundary and have referred the issue to the International Court of Justice.

In the bill, which is expected to be voted on later this month, Greece says that under the 1982 United Nations Convention on the Law of the Sea it retains the right to exercise its rights in other parts of its territory.

To the east of Greece, Turkey has warned that a similar move by Athens would be a “casus belli”, or cause for war.

Tensions have escalated since last year over energy resources in the eastern Mediterranean.

The two countries agreed a few months ago to resume exploratory talks over contested maritime claims in the area after a four-year hiatus, but no date was set. Hopes had revived for a restart this year.