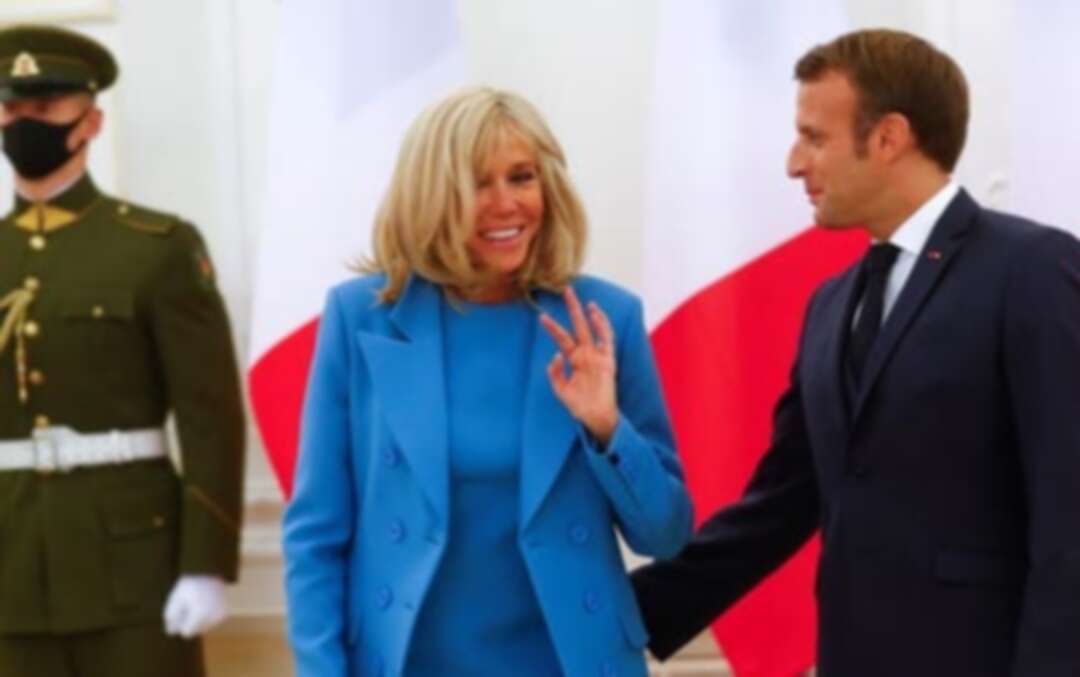 French President Emmanuel Macron and his wife Brigitte react as they pose for a picture, in Vilnius, Lithuania September 28, 2020. (File photo: Reuters)