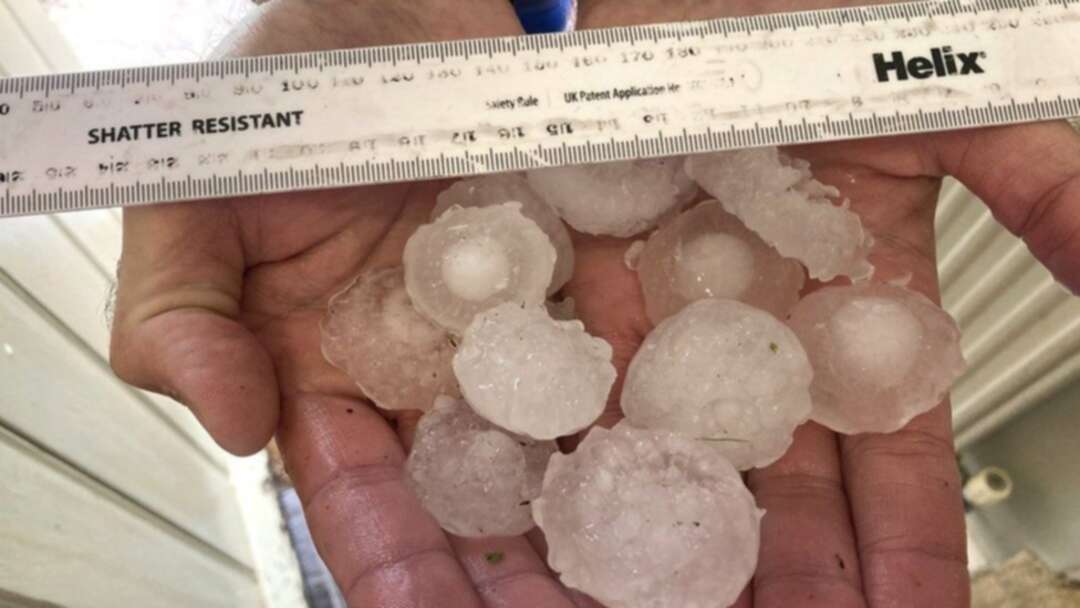 The BBC reported hail the size of golf balls fell in a thunderstorm damaging cars and smashing windows as extreme heat warnings stayed in place across England.

Katie Jaffar, a journalist from Kibworth Beauchamp, in Leicestershire, said both of their family cars were a "total write-off" and were "covered in big dents".

According to the BBC, several roads also flooded in the East of England as temperatures of 30C (85F) turned to heavy rain and hail.

It also said the Met Office issued an amber warning for thunderstorms earlier.

The hail storm hit Leicestershire around 18.15 BST, with some car windows obliterated.

Police have closed the A6 Harborough Road, at Kibworth, in both directions due to flooding.

Leicestershire Police said it was "dealing with an incident" and advised motorists to find alternative routes.

Leicestershire Fire and Rescue Service has warned people not to "attempt to drive through flood water".

Extreme heat warnings, alerting people to the risk of sunburn and heat exhaustion, are in place until Friday.