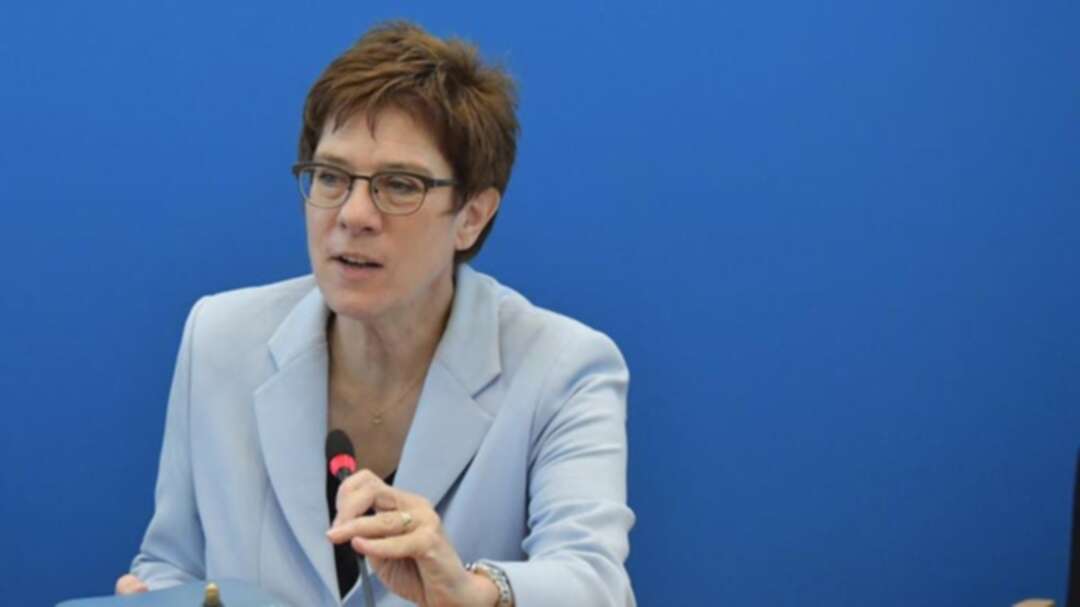 The step should also stabilize the region so that civilians could rebuild and refugees could return on a voluntary basis, Kramp-Karrenbauer said. (File photo AFP)

German Defense Minister Annegret Kramp-Karrenbauer on Monday suggested the creation of a security zone in northern Syria to protect displaced civilians and ensure that the fight continues against ISIS.

“My suggestion is that we set up an internationally controlled security zone involving Turkey and Russia,” Kramp-Karrenbauer, also party leader of Chancellor Angela Merkel’s conservatives, told Deutsche Welle broadcaster in an interview.

The step should also stabilize the region so that civilians could rebuild and refugees could return on a voluntary basis, Kramp-Karrenbauer said.

Kramp-Karrenbauer added she had liaised closely with Merkel regarding the idea of a security zone in northern Syria and that she had informed Germany’s most important allies about the proposal.

It is the first time that the German government has proposed a military mission in the Middle East. If supported by Turkey and Russia, Berlin would be expected to send soldiers to Syria as part of the mission.

Kramp-Karrenbauer’s proposal could increase tensions within Merkel’s ruling coalition as the co-governing Social Democrats are skeptical of any direct military involvement in Syria.

Kramp-Karrenbauer defended her idea, saying she could no longer hear German politicians merely saying they were concerned about the violence in Syria without acting. Germany and its ruling parties must do more and help solve international crises, the minister said.