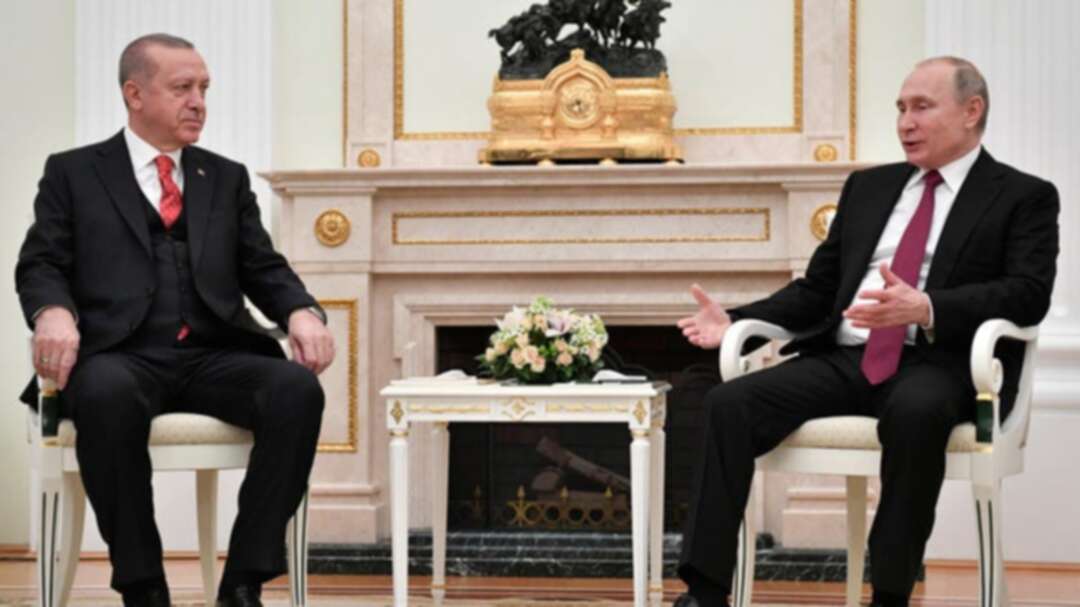 Kremlin spokesman Dmitry Peskov said the two men had plenty to talk about when it came to Syria. (File photo Reuters)

The Kremlin said it hoped Turkish President Tayyip Erdogan would be able to provide President Vladimir Putin with more information about Ankara’s plans for northern Syria at a meeting in southern Russia later on Tuesday.

Kremlin spokesman Dmitry Peskov said the two men had plenty to talk about when it came to Syria and that Moscow had observed what he called the exchange of harsh statements between the US and Turkey.

Kurdish forces are continuing to withdraw in northeast Syria but Turkey will resume its military assault there once a US-brokered ceasefire expires on Tuesday if promises given by Washington are not kept, Erdogan said earlier on Tuesday.

When asked about a suggestion by Germany’s defense minister to create an internationally controlled security zone in northern Syria involving Turkey and Russia, Peskov said the Kremlin would study what he called a new idea.

Putin and Erdogan are due to hold talks in the Russian Black Sea resort of Sochi later on Tuesday.