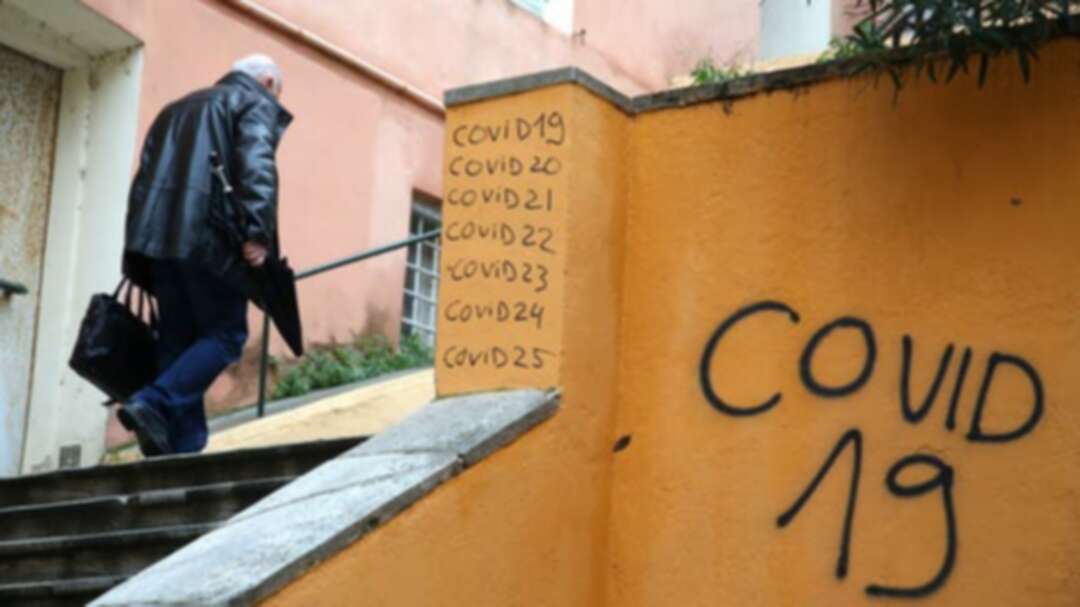 A man walks up a flight of stairs past graffiti relating to the coronavirus (COVID-19). (AFP)

The figures were however slightly better than the 9.0 percent shrinkage initially indicated by the official statistics office INSEE as France suffered less in the latter part of the year from a second coronavirus lockdown.

The French economy contracted by a relatively modest 1.3 percent in the last three months of 2020.

The government for its part had estimated the economy would shrink by a much worse 11 percent for the year.

During the second virus lockdown later in the year “the loss of economic activity was much more modest than that of the first round in March-May 2020,” INSEE said.

The French economy grew 1.5 percent in 2019, putting it among the best performers in Europe, but the downturn last year marks its worst recession since World War II.