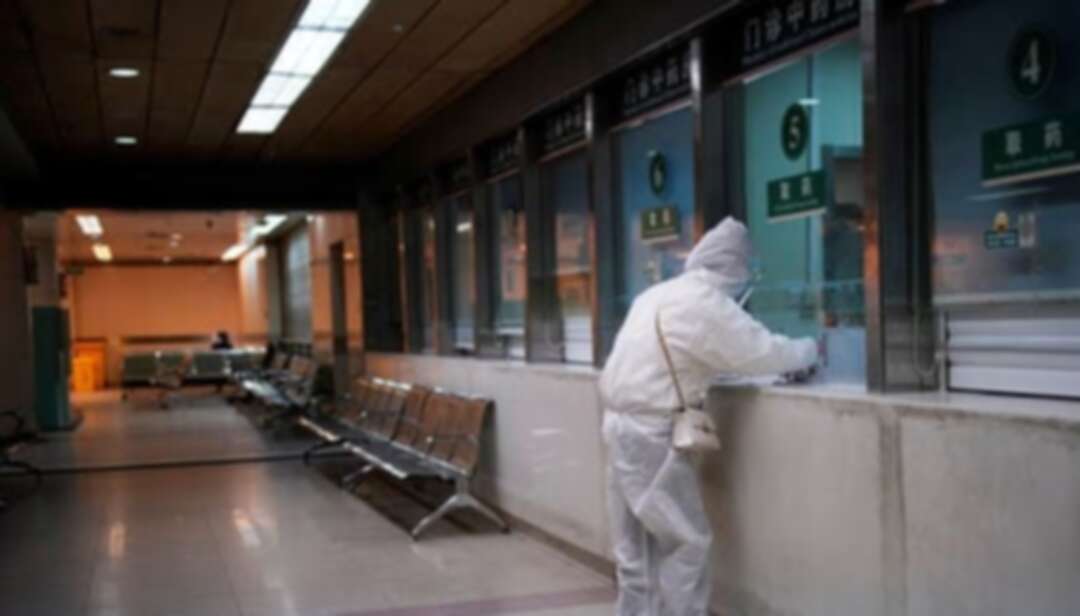 A woman is seen at a hospital in Wuhan. (File photo: Reuters)

Experts from the World Health Organization visited a Wuhan hospital Friday as the fieldwork began in a closely watched coronavirus origins probe that will take in a food market presumed to be “ground zero” of the pandemic.

The WHO investigation has been hobbled by delays, and there are fears over access and the strength of evidence a year after the virus emerged in the central Chinese city.

The team met Chinese officials Friday and then left their Wuhan hotel in a fleet of cars, trailed by a media pack reflecting the intense global scrutiny on a visit whose aim is to establish how the virus was transferred from animals to humans. 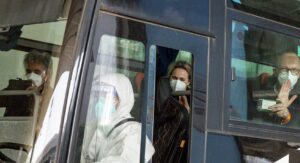 The Xinhua hospital – where some of the earliest Covid-19 patients were admitted – is among the field visits, which will “include the Wuhan Institute of Virology, Huanan market, Wuhan CDC laboratory”, the WHO said in a tweet Thursday – three sites now indelibly linked with the pandemic.

The Huanan market – which remains boarded up – is believed to have been the first major cluster of infections, while former US president Donald Trump had pushed an unsubstantiated theory that the virus escaped from a testing facility at the Wuhan Institute of Virology.

The mission’s exact itinerary remains unclear – tweets from the WHO and its experts are so far the main source of information.

The highly politicized mission had been beset by delays, with China refusing access until mid-January.

China on Thursday warned the United States against “political interference” during a trip, after the White House demanded a “robust and clear” investigation. 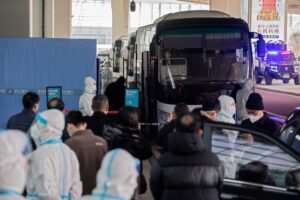 Members of the World Health Organization (WHO) team investigating the origins of the Covid-19 pandemic board a bus following their arrival at a cordoned-off section in the international arrivals area at the airport in Wuhan. (AFP)

The WHO insists the probe will be tethered tightly to the science behind how the virus jumped to humans.

Beijing is desperate to take the air out of the blame game and instead train attention on its handling and recovery from the outbreak.

China’s National Health Commission says 4,636 people have died in the country as a result of the virus. The nation’s GDP grew 2.3 percent in 2020, the only major economy to do so.In comparison, more than 400,000 Americans have died so far as the sickness rips through its population and economy, while Britain recorded its 100,000th fatality this week.