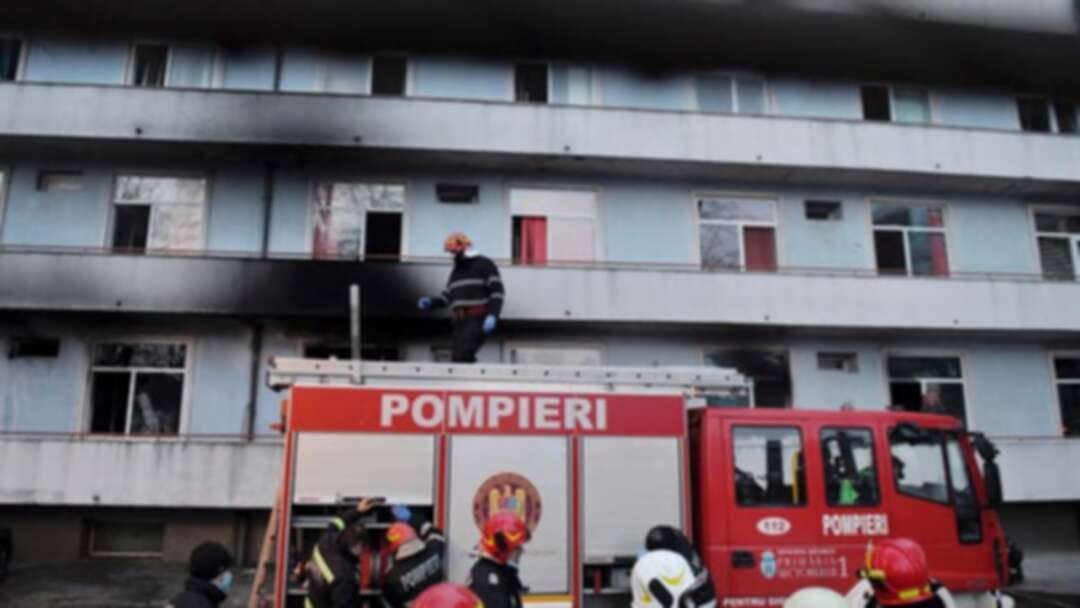 A firefighter stands on top of a fire engine outside a hospital after a fire broke out on the ground floor Friday Jan. 29, 2021. (AP)

Three patients were found dead at the Matei Bals hospital in Bucarest and a fourth died despite attempts at resuscitation, state secretary of the Ministry of Interior Raed Arafat told reporters.

The fire reportedly broke out on the ground floor around 5:00am (0300 GMT), said Orlando Schiopu, head of the inspectorate for emergency situations.

Four wards were affected and 102 people had been evacuated and transferred to other hospitals, he added. 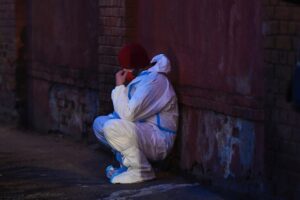 An emergency paramedic takes a moments rest outside a hospital after a fire broke out on the ground floor Friday Jan. 29, 2021. (AP)

Romania is still reeling from a similar tragedy in November, when ten people suffering from COVID-19 died in a fire in an intensive care unit of a hospital in the northeastern town of Piatra Neamt.

Five others injured in the fire later died of their injuries.

The prosecutor general has opened an enquiry into the tragedy, while the health ministry has suggested the fire could have been caused by an electrical short circuit.

The incident sparked wider safety warnings in a country marked by crumbling infrastructure and a culture of makeshift repairs.

The country of 19 million is one of the poorest in the European Union and is trying to manage the COVID-19 pandemic with a dilapidated and understaffed health system.