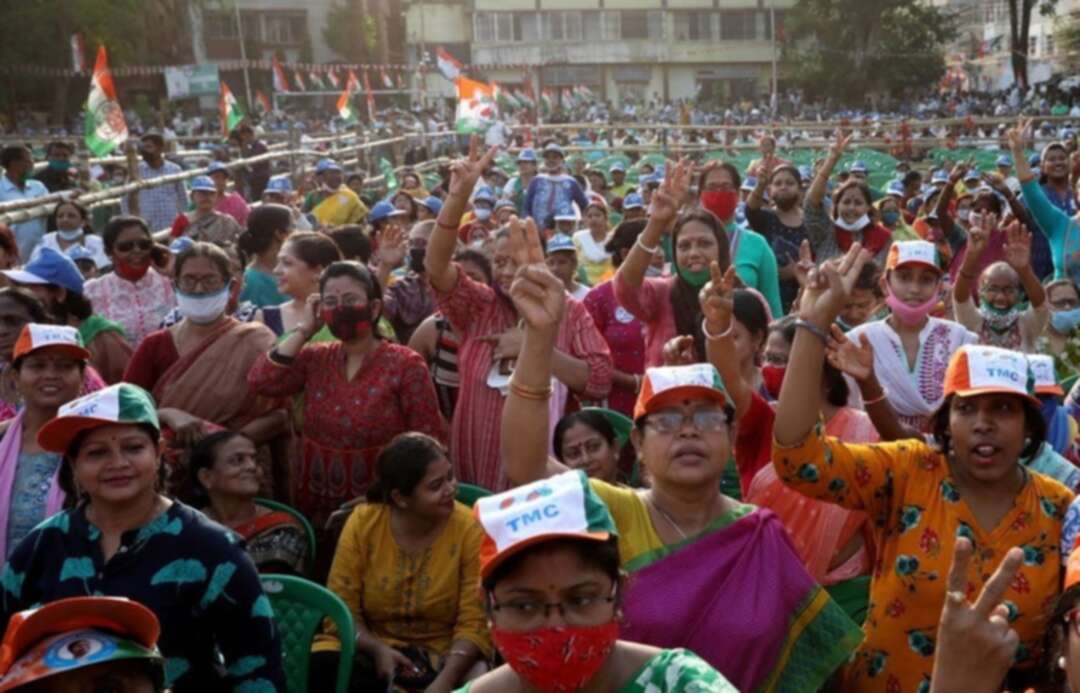 Supporters of the Chief Minister of the eastern state of West Bengal and Trinamool Congress (TMC) Chief, Mamata Banerjee, attend an election campaign rally ahead of the forth phase of the state election, amidst the spread of the coronavirus disease (COVID-19), in Kolkata, India, April 7, 2021. Picture taken April 7, 2021. (File photo: Reuters)

Five people were killed in fresh election bloodshed in the Indian state of West Bengal on Saturday, including four shot dead by paramilitary troops “in self-defense”, officials said.

The latest incident in the northern district of Coochbehar 700 kilometers (450 miles) north of Kolkata saw a crowd of around 400 people surround troops guarding a polling station.

“Paramilitary troops opened fire in self-defense after being challenged by over 400 people,” a senior Election Commission official said.

“They also formed a ring around the troops and tried to snatch rifles... Four people were killed in the shooting.”

Elsewhere in the state a man was shot dead on Saturday in clashes between supporters of Banerjee’s All India Trinamool Congress and Modi’s Bharatiya Janata Party (BJP), police said.

“The victim was a BJP supporter,” local party chief Dilip Ghosh told AFP. “Three people who were injured in the clash were admitted to a local health facility.”

Winning power in the state of 90 million people when results are announced on May 2 would be a major victory for Modi.

Banerjee, one of Modi’s most prominent critics, has accused the BJP of attempting to import divisive sectarian politics into the state, which has a large Muslim minority.