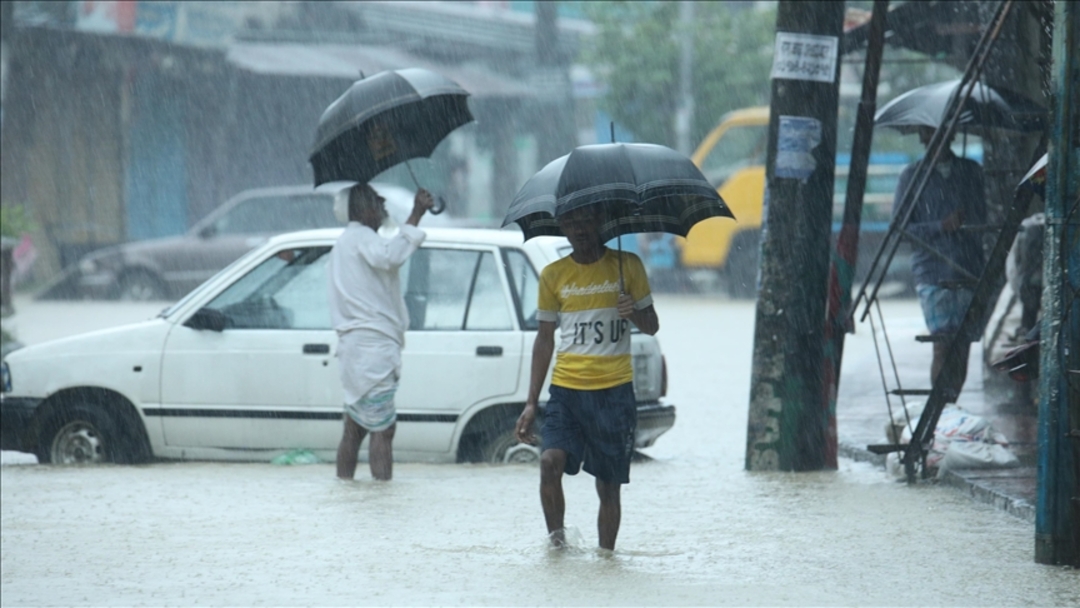 The Bangladeshi local authorities said on Thursday (June 30), the devastating monsoon floods in the northeastern Sylhet region of the country have displaced around 3 million people and claimed the lives of 92 people, with the situation still precarious.

The flood has destroyed over 40,000 houses, according to Assistant Commissioner Sylhet Ahsanul Alam, who also told Anadolu Agency that over 37,000 residents in the district have taken shelter in more than 439 government-built units.

Alam said 80% of the Sylhet region is inundated with floodwaters, and Over 4.5 million people have been stranded since the flood hit the northeastern region in mid-May.

According to him, the local administration has sent a list of affected households to the Disaster Management and Relief Ministry for additional relief assistance.

The situation appears to be far from over, as new torrential rains and an onrush of floodwaters from upstream India flood different rivers in the northern regions.

The Flood Forecasting and Warning Centre issued a fresh alert on Thursday, saying that the flood situation in Sylhet and Sunamganj districts could worsen as water levels in major rivers in the northern region have started increasing.

The water in the northern rivers is also rising. The Teesta and Dharla rivers are flowing above the danger level in the north. This has worsened the flood situation in the northern districts of Lalmonirhat and Kurigram.

Meanwhile, the Education Ministry estimates that 600,000 secondary and college students in 18 districts in the country have been affected by the floods that wrecked one-third of the country.

Approximately 1,100 educational institutions in different districts were hit by the floods.​​​​​​​