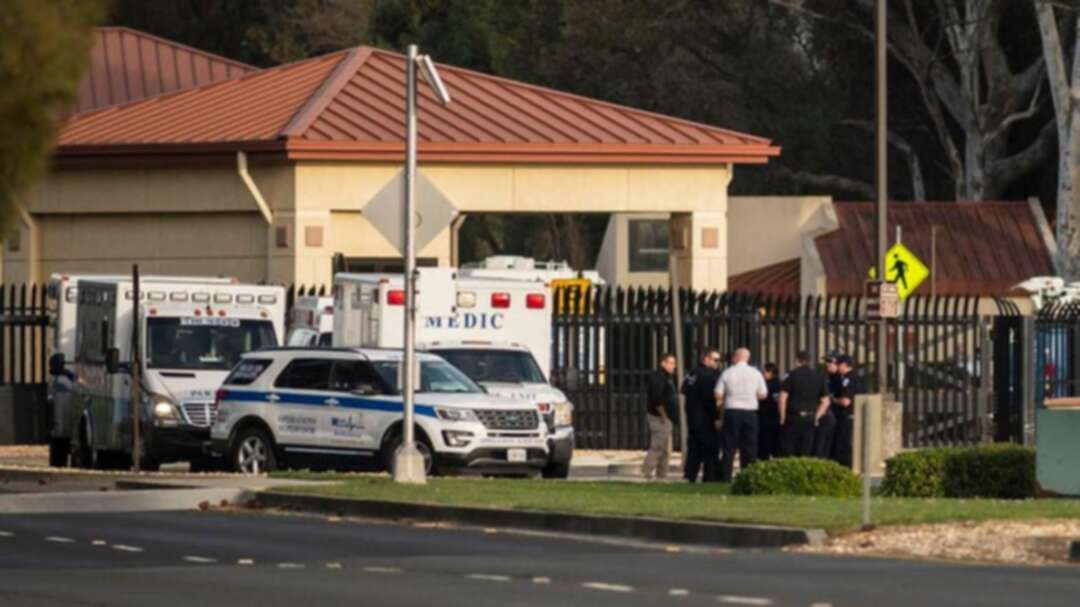 A group of ambulances from the Solano EMS Cooperative stage at the visitor center at Travis Air Force Base, adjacent to Fairfield, Calif., Sunday, Feb. 16, 2020. (AP)

One of two charter flights carrying cruise ship passengers from Japan landed at a California air force base early Monday.

Japan’s Defense Minister Taro Kono had tweeted earlier that Japanese troops helped transport 340 US passengers on 14 buses from Yokohama port to Tokyo’s Haneda airport. About 380 Americans were on the cruise ship.