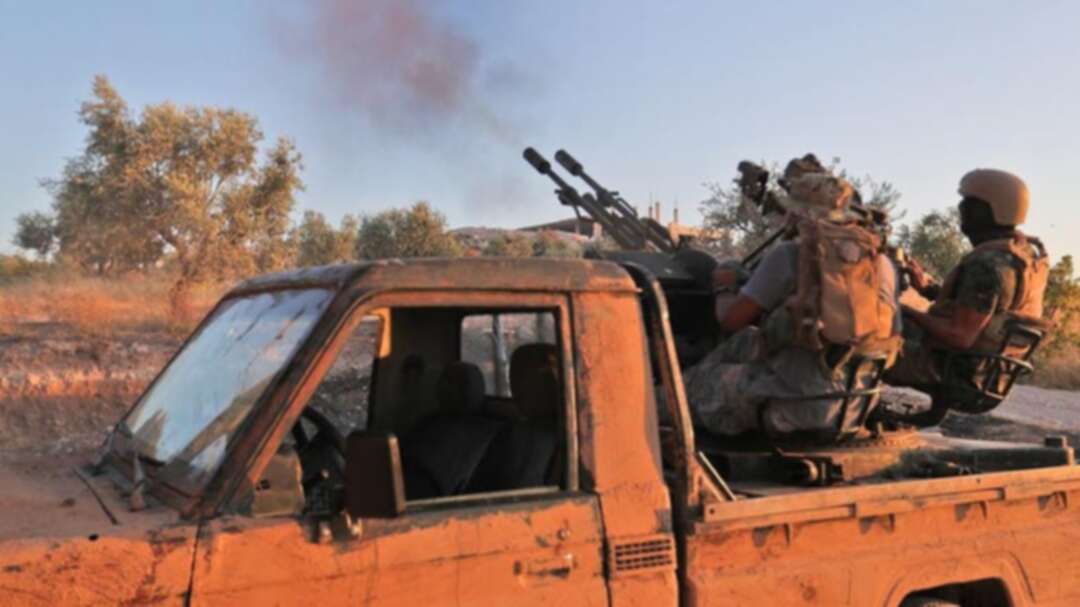 The clashes are the first since a renewed ceasefire was implemented at the end of August, halting a major government offensive on Idlib. (File photo AFP)

Fierce clashes broke out between Syrian regime forces and militants in the northwestern town of Khan Sheikhoun in the Idlib province, causing the death of four regime fighters and two militants, the Syrian Observatory for Human Rights reported on Tuesday.

The clashes are the first since a renewed ceasefire was implemented at the end of August, halting a major government offensive on the northwestern province of Idlib, the last remaining rebel stronghold in the country. Idlib is mostly controlled by the al-Qaeda-linked militant group Hayat Tahrir al-Sham.

The monitor reported that regime forces were able to advance and control several areas of the northwestern town during the overnight clashes that lasted several hours.

The monitor also stated that regime forces also bombarded several towns in the southern countryside of Idlib and in Latakia.

Russia and China on Thursday vetoed a UN Security Council resolution calling for a ceasefire in Syria’s war-torn Idlib province after other members warned the conflict could become the century’s worst humanitarian crisis.

During negotiations on the draft, Russia pressed unsuccessfully to include an exception for “anti-terrorist operations.”