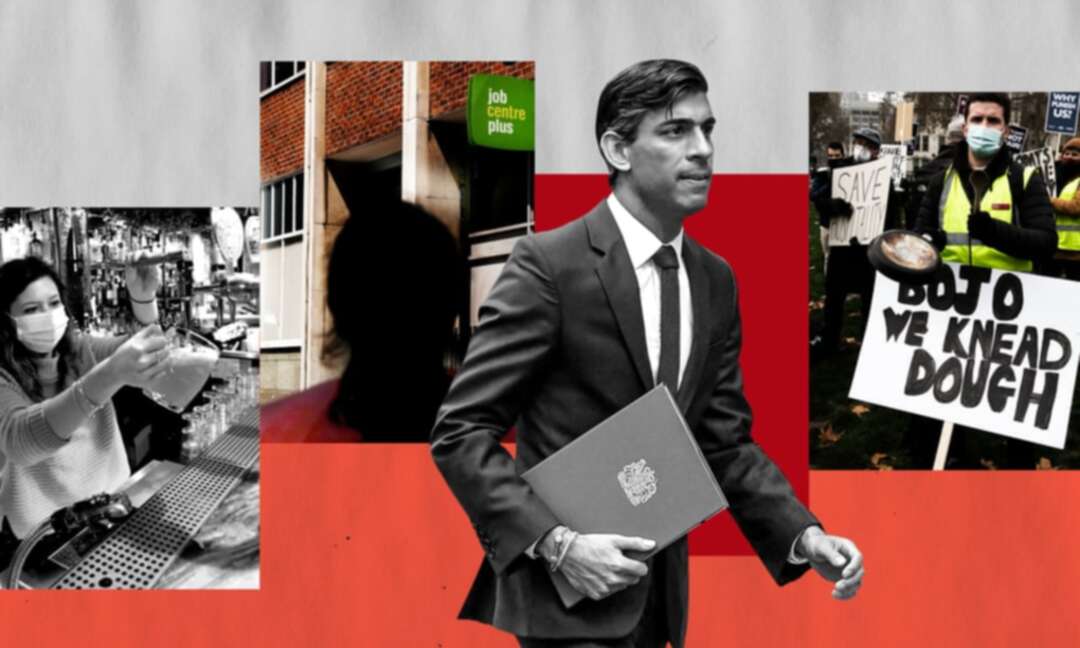 Rishi Sunak has been urged to extend the jobs furlough scheme before the budget on 3 March.

Exclusive: TUC and top business groups fear economy is too fragile to end scheme in April as planned

Rishi Sunak has been warned by the leaders of Britain’s most influential business groups and the trade union movement that he risks plunging Britain into a period of mass unemployment unless he extends the furlough scheme.

Before the budget on 3 March, both sides of industry told the chancellor that the economy was too fragile to end the wage subsidy scheme at the end of April and that he risked undoing the efforts to protect jobs over the past year if he did so.

Frances O’Grady, the TUC general secretary, said Sunak should not wait until the budget but should announce immediately that furlough – which has cost the Treasury almost £50bn so far – would remain in place until the end of the year. The government, she said, had a moral obligation to prevent a return to 1980s levels of unemployment.

“It would be a dereliction of duty of any government

Adam Marshall, the director general of the British Chambers of Commerce, called for a furlough extension from April to July and said the chancellor should not be fooled into thinking that the planned phased relaxation of lockdown restrictions meant the problems of business were at an end.

“What one can’t do is say that once the vaccine rollout has happened, everything will be OK. That is not the case. You’ve got businesses in deep trouble, and still the possibility of flare ups in the virus. It’s not a case of just vaccinate and forget about it.”

Sounding the alarm as the government plots a road map for relaxing Covid restrictions this spring, the TUC and the BCC told the Guardian that a long-term plan was needed to repair the damage to the economy of a triple lockdown and the biggest annual contraction in the economy for 300 years.

Extending furlough is also a central pre-budget demand of the CBI. The lobby group’s chief economist, Rain Newton-Smith, said an announcement was needed “sooner rather than later”.

“If the government brought it to a sudden stop, that would almost certainly impact job decisions, just as we see hope on the horizon,” she said.

The warnings come as the Guardian launches a series of in-depth articles to look at the impact of the pandemic on employment in Britain, with millions of workers on furlough while coronavirus infections remain high, and as redundancies rise at the fastest rate on record.

Representing millions of workers and thousands of businesses between them, the development comes as Boris Johnson’s government draws up plans for relaxing Covid restrictions this spring. Sunak has remained open to the possibility of fresh support measures to reflect lengthier restrictions than first envisaged, but O’Grady warned that an ideological tussle appeared to be gripping the cabinet over how to support Britain’s economic recovery from the crisis.

“To cut back now would be a complete waste of all that effort, and it would be just obscene to confine a whole generation – particularly young people – to unemployment,” she said.

As the government’s flagship job support scheme, furlough has topped up the wages of almost 10 million jobs since its launch in March last year and is due to close at the end of April after several extensions. However, the Treasury’s own independent economics forecaster, the Office for Budget Responsibility, has said unemployment could spiral upwards once it expires to hit 2.7 million by the summer – more than double pre-pandemic levels.

The government’s concern about the possibility of a spring surge in job losses was underlined by an announcement from the Department for Work and Pensions of a fresh financial support scheme to help 160,000 unemployed people find work.

Announcing the measures on Wednesday, Therese Coffey, the employment secretary, said the plan to launch “digital job surgeries” would help jobseekers to improve their interview skills and offer advice to help people back into work quickly.

“Our plan for jobs is helping us build back better and fairer, getting job support to people who need it right across Britain and levelling-up opportunity,” she said.

The prime minister has said rapid deployment of the Covid vaccine will stand as the government’s most powerful economic recovery tool by enabling lockdown controls to be relaxed. Sunak batted away demands for further economic support last month by saying the Treasury had spent more than £280bn so far, while suggesting that the British economy had underlying strengths that could be unleashed as the vaccine is deployed and restrictions eased.

While the Treasury plans to refresh its Covid response in the budget, the chancellor has also suggested that many households saving money during the pandemic could help to kickstart the economy as the shackles on business and social life are removed.

“Think of how much has been spent already. Stopping now would be akin to letting a marathon runner fall over within sight of the finish line, then not helping them over the line and giving them the support they need to recover,” he said.