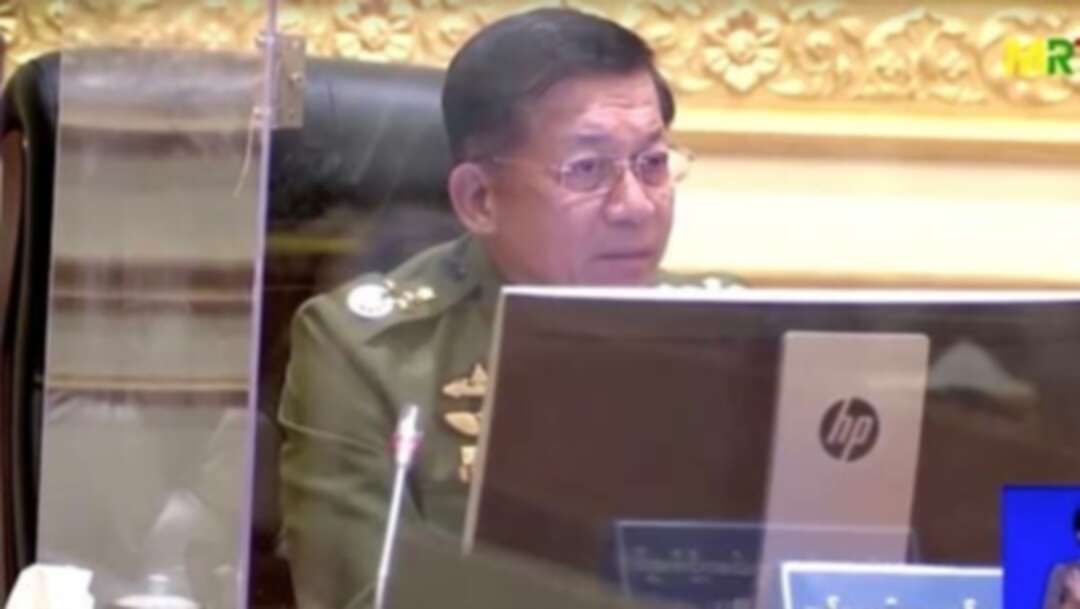 The International Monetary Fund last week sent $350 million in cash to the Myanmar government, part of a no-strings-attached emergency aid package to help the country battle the coronavirus pandemic.Days later, military leaders seized power and detained elected leader Aung San Suu Kyi and other elected officials, in what the US State Department said on Tuesday constituted a coup.There appears to be little the IMF can do to claw back the funds, part of rapid-disbursing COVID-19 financing programs with almost no conditions and approved by the IMF board on January 13, sources familiar with the payments and international finance experts said.

“We are following the unfolding developments closely. We are deeply concerned about the impact of events on the economy and on the people of Myanmar,” an IMF spokesperson said in a statement emailed to Reuters on Tuesday, confirming the payment was completed last week. 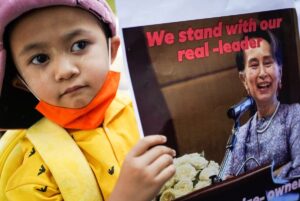 A child holds a picture of leader Aung San Suu Kyi outside the United Nations venue after the military seized power in a coup in Myanmar, in Bangkok, Thailand, on February 3, 2021. (Reuters)

US President Joe Biden, facing his first international crisis since taking office less than two weeks ago, has threatened new sanctions against the generals, and the State Department said it would review its foreign assistance to the southeast Asian country.

The United States is the dominant shareholder in the IMF, which has provided Myanmar with $700 million in emergency coronavirus financing over the past seven months, including last week’s payment, which included $116.6 million through the IMF’s Rapid Credit Facility and $233.4 million through the Rapid Financing Instrument.

The Fund said in a statement on January 13 the money would help Myanmar meet “urgent balance-of-payments needs arising from the COVID-19 pandemic, especially the government’s recovery measures to ensure macroeconomic and financial stability while supporting affected 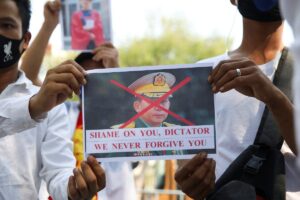 Myanmar citizens hold a picture of Myanmar's army chief Min Aung Hlaing with his face crossed out after the military seized power in a coup in Myanmar, outside United Nations venue in Bangkok, Thailand February 3, 2021. (Reuters)

Unlike the IMF’s regular financing programs, which disburse funds in smaller increments as performance benchmarks are met for agreed policy reforms, coronavirus emergency aid has been sent quickly, often all at once.

“It’s not a program that was negotiated, there isn’t conditionality and there aren’t forward-looking reviews with disbursements tied to those reviews,” said Stephanie Segal, a former IMF economist and US Treasury official now with the Center for Strategic and International Studies in Washington.

“I’m not aware of any precedent where money that’s been approved by the IMF board can be recalled,” Segal added.

Since the beginning of the COVID-19 crisis last year, the IMF has provided emergency financing to 80 countries.

The timing of the latest disbursement to Myanmar was unfortunate, two sources familiar with the payments said, and pointed to the risks of using rapid financing that gives governments broad discretion over how they spend the money.

The best-case scenario is that the Myanmar government that emerges from the current political turmoil will spend the money appropriately because it wants to have a productive relationship with the Fund, one of the sources said.

The IMF’s counterparty in Myanmar is the Central Bank of Myanmar, and the source expressed hope it can maintain its independence from the country’s finance ministry.

But on Tuesday, the ruling Myanmar military appointed Than Nyein as the country’s new central bank governor, reinstating him to a post he previously held between 2007-2013, during the rule of the last junta.

The World Bank, which has provided more than $150 million in financing to Myanmar since the pandemic started a year ago, said on Monday it was gravely concerned about the military takeover, warning it risked a major setback to the country’s transition and its development prospects.