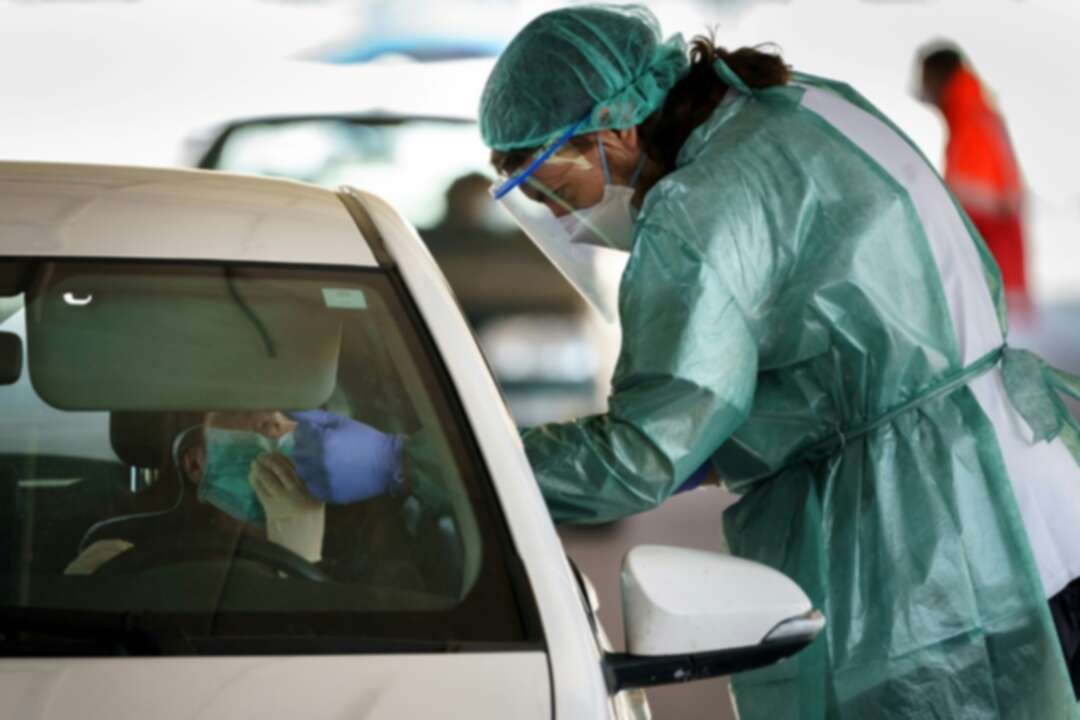 Spain, one of the worst-hit countries in the world, has tightened a nationwide lockdown to battle the coronavirus File photo AFP

The global coronavirus death toll surged past 30,000 over the weekend as Europe and the United States endured their darkest days of the crisis. Europe

A back-flip from US President Donald Trump on quarantining New York highlighted the panic and confusion across many parts of the world in trying to contain the pandemic, which has seen more than a third of humanity placed under unprecedented lockdowns.

More than 30,800 deaths had been reported worldwide by Sunday, according to a Johns Hopkins University tally, as the virus continued to leave a devastating imprint on nearly every aspect of society: wiping out millions of jobs, overwhelming healthcare services and draining national treasuries.

Europe alone accounted for more than 20,000 fatalities, where hardest-hit Italy and Spain each reported more than 800 dead in one day.

Pablo Rodriguez, a radiologist at a Madrid hospital, described the influx of patients as "a total tsunami".

"It's like going to the front line in a war," he said.

Officials in some countries have warned that the worst is yet to come. Europe

But in the Chinese city of Wuhan where the virus first struck late last year, officials took tentative steps back towards normality, partially reopening it after more than two months of near-total isolation for its 11 million residents.

Trump decided late Saturday against imposing a broad lockdown on New York and its neighbors after a strong pushback from local political leaders and warnings of the panic it could spark.

"A quarantine will not be necessary," Trump tweeted, about eight hours after he stunned the New York metropolitan region -- the epicenter of the US outbreak -- with a proposal to place it under quarantine.

The Centers for Disease Control and Prevention, however, asked area residents not to travel except for essential purposes. Europe

Trump's reversal came on the same day the US death toll topped 2,100, more than doubling in just three days. Of the fatalities, more than a quarter were in New York City.

"It's abysmal," said Andrew, a psychiatry resident in a New York hospital who spoke on condition his name be changed.

He is now quarantined at home with a likely case of the virus himself.

"There's not enough money, there aren't enough tests, there's not enough personal protective equipment for people who are dealing with this," he told AFP in an interview punctuated by coughs. Europe

The United States now has the highest number of confirmed COVID-19 infections globally with more than 124,000 cases, according to the Johns Hopkins tally.

One of the fatalities announced Saturday was that of a Chicago infant less than a year old, marking an extremely rare case of juvenile death in the pandemic.

European nations have been harder hit than the US on a per capita basis with over 20,000 deaths -- around half in worst-hit Italy.

Spain, with the world's second-highest toll, added 832 deaths on Saturday for a total of 5,812.

Madrid toughened a nationwide lockdown, halting all non-essential activities, though officials said the epidemic in the country seemed to be nearing a peak.

Russia said it would close its borders on Monday, despite reporting relatively low levels of the virus.

More than 664,000 cases of the novel coronavirus have been officially recorded around the world since the outbreak began late last year, according to the Johns Hopkins tracker.

Variations in testing regimes -- and delays in some countries -- mean the true number is likely far higher. Europe

In France, which has seen close to 2,000 deaths, Prime Minister Edouard Philippe warned the "battle" was just beginning.

The British toll passed 1,000 on Saturday while Belgium saw a steep climb in deaths, with 353 recorded on Saturday -- up from 289 the day before.

Elsewhere, Iran announced 139 more deaths, and India sealed a dozen villages that had been visited by a guru now known to be infected and a possible "super-spreader".

South African police used rubber bullets in Johannesburg to enforce social distancing on a crowd queueing for supplies outside a supermarket during a national lockdown.

In Italy, a cardiologist from Rome who has recovered from COVID-19 recalled his hellish experience.

"The oxygen therapy is painful, looking for the radial artery is difficult. Desperate other patients were crying out, 'Enough, enough'," he told AFP.

Infection rates in Italy are on a downward trend. The head of the national health institute Silvio Brusaferro predicted a peak "in the next few days".

Europe has suffered the brunt of the coronavirus crisis in recent weeks, with millions across the continent on lockdown and the streets of Paris, Rome, and Madrid eerily empty.

Other countries across the world were bracing for the virus's full impact. Europe

As even rich countries struggle, aid groups warn the toll could be in the millions in low-income countries and war zones such as Syria and Yemen, where healthcare systems are in tatters. levant