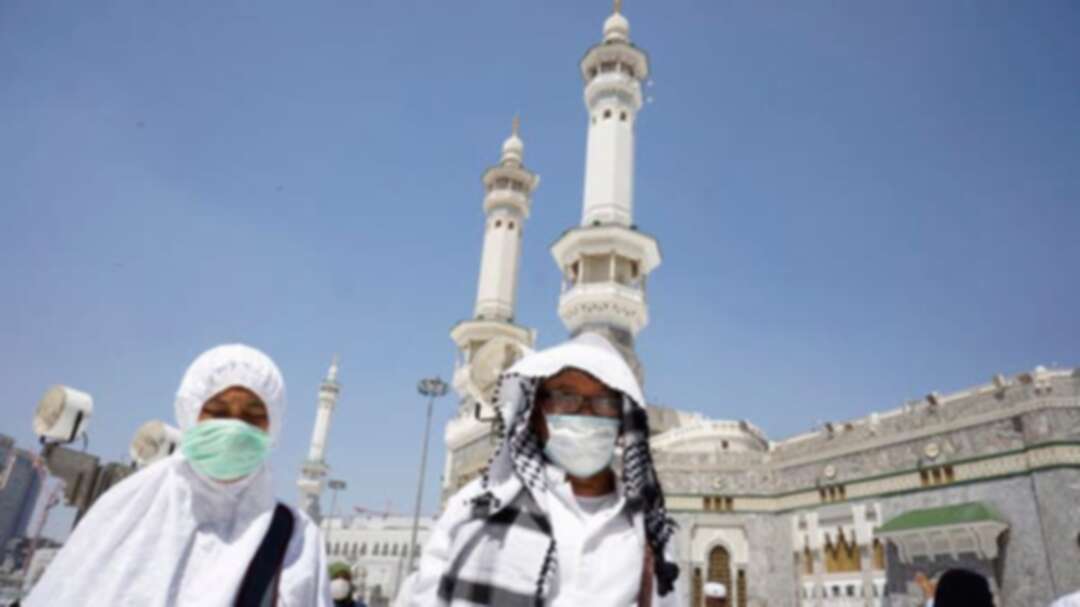 Muslim worshippers wear masks after the noon prayers outside the Grand Mosque, in the Muslim holy city of Mecca, Saudi Arabia on March 7, 2020. (AP)

Residents in Saudi Arabia are banned from entering or exiting the Jeddah governorate as of Sunday to slow the spread of the deadly coronavirus, according to a statement from the Ministry of Interior. Saudi Arabia orders Jeddah

A recently imposed curfew will also begin at 3 p.m. instead of 7 p.m. in the governorate, said the statement from the ministry on Twitter. The measures are the latest restrictions on movement in Saudi Arabia amid the ongoing coronavirus pandemic. King Salman bin Abdulaziz approved measures last week that banned residents in the Kingdom from traveling between its 13 provinces. Riyadh, Mecca, and Medina were also placed on lockdown as of Thursday, and curfew times were brought forward to also begin at 3 p.m. instead of 7 p.m.The curfew exemptions still apply to those in vital public and private sectors such as security, military, and media, according to SPA. Those who work in health services are also excluded from the curfew.

Saudi Arabia has taken several measures to combat the spread of the COVID-19 coronavirus since the outbreak of the disease first began earlier this year, with only three deaths being recorded so far.

Malls and parks were shut down earlier this month to slow the spread of the deadly virus, and restaurants and cafes have been banned from serving food and beverages on their premises. Saudi Arabia orders Jeddah

Employees at most government agencies have been told to work from home for 16 days, levant