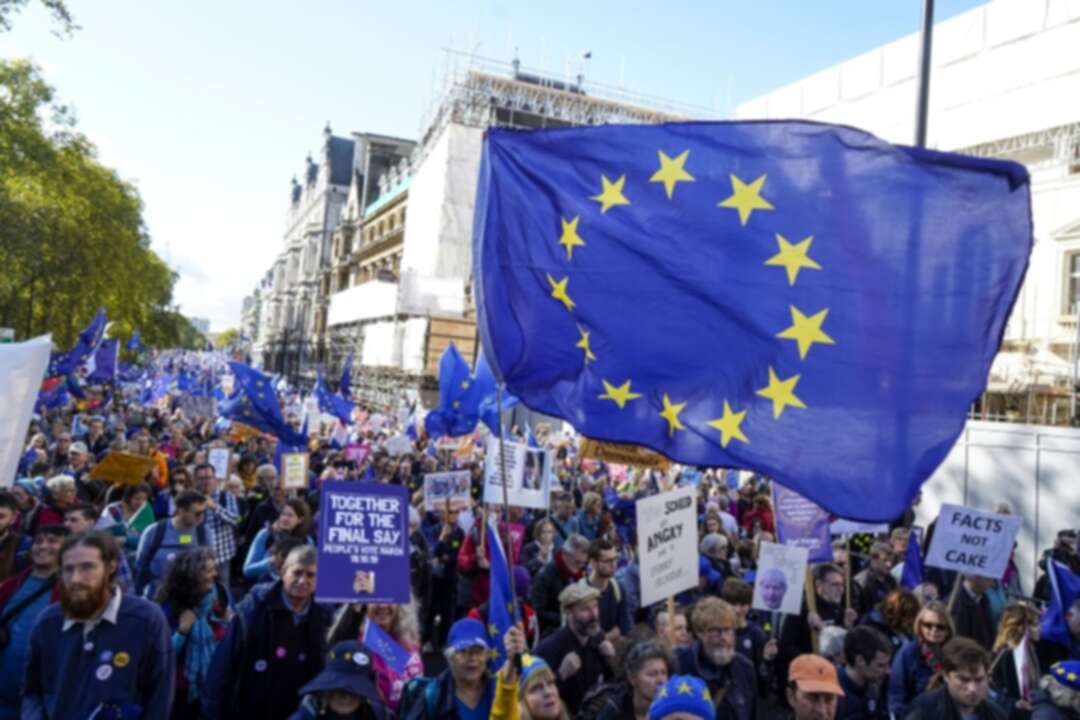 Ambassadors and senior officials from the other 27 members states met Sunday after British MPs forced Johnson to send EU Council president Donald Tusk a late request to postpone the withdrawal.

But Tusk will spend a "few days" canvassing member state leaders, meaning the British parliament will likely have to vote on Brexit again before hearing their decision on the October 31 departure.

"It was a very short and normal meeting of the EU ambassadors to launch the next steps of the EU ratification of the agreement," EU negotiator Michel Barnier told reporters after Sunday's talks.

Diplomats told AFP the ambassadors' meeting lasted only 15 minutes and had dealt simply with EU ratification, although a participant said they had "taken note" of Johnson's letter.

Asked whether he thought EU leaders would grant a delay, Barnier said: "President Tusk will consult in the next days."

On Saturday, MPs pushed through an amendment obliging a furious Johnson to ask for an extension until the British legislation governing the withdrawal is drafted and passed.

Johnson, who refused to sign the letter and insists no delay is necessary, plans to bring the Brexit agreement he reached with Barnier last week to a vote on Monday.

MPs will thus have to vote without knowing whether EU leaders will allow an extension -- and if so whether they will delay Brexit as far as January 31 next year, as the British letter requested.

"Further developments on the British side will have to be taken into account," another European diplomat confirmed.

"What was decided on Thursday stays on the table. The British parliament didn't reject the deal, so no need to change course."

And one diplomat took to Twitter to complain that his Sunday morning had been disrupted by British political manoeuvres.

Gregor Schusterschitz, Austria's deputy permanent representative to the EU, sent a picture of the meeting agenda.

"What better way at to start a Sunday morning than with a meeting on Brexit... and this in all the uncertainty yet again created by the House of Commons," he added.

European sources were not sure how any decision on an extension will be made. Tusk could call a special summit next week, but diplomats said he is more likely to use a written procedure.

One European diplomat suggested a summit would only be necessary if British MPs reject the deal next week and overturn the whole process. Any decision either way must be unanimous.

Last week, EU and UK negotiators announced an agreement to govern Britain's departure from the bloc at the end of the month and European leaders endorsed it at a summit on Thursday.

The EU parliament will begin its own ratification procedures on Monday but Britain's House of Commons, which torpedoed an earlier agreement signed a year earlier, still has its doubts.