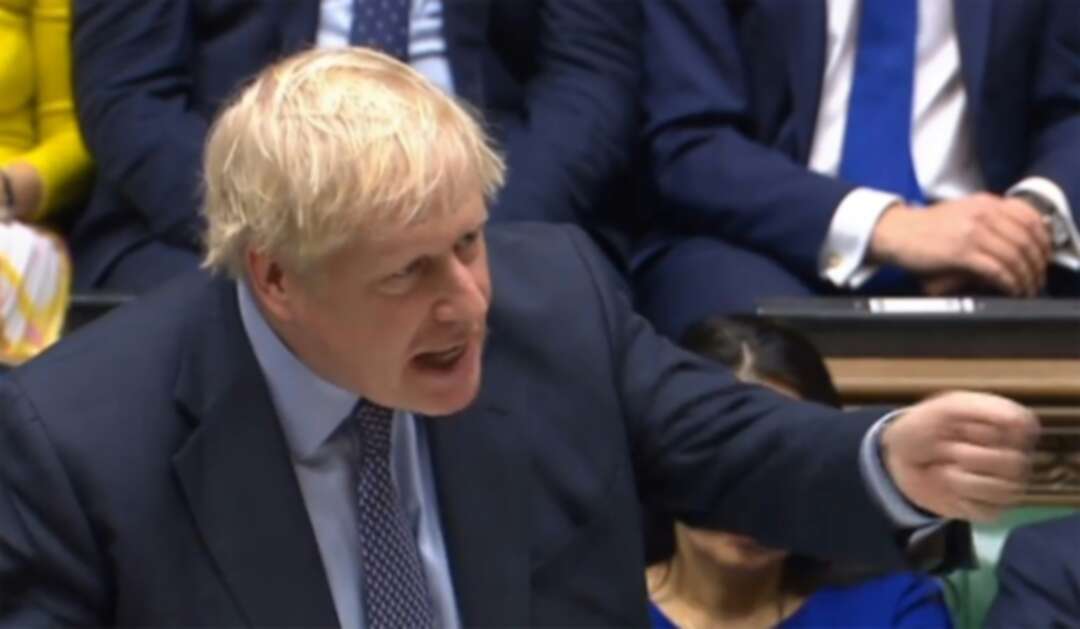 British Prime Minister Boris Johnson reluctantly wrote to Brussels late Saturday asking for a Brexit extension after MPs voted to force him into seeking a delay beyond October 31.

But Johnson, who has pinned his premiership on getting Britain out of the European Union on time, refused to sign the letter he sent to European Council President Donald Tusk.

The Conservative leader also sent a second signed letter insisting he was not seeking an extension to the Brexit deadline, which has already been postponed twice.

In a day of high drama in the House of Commons, MPs declined to give their backing to the revised withdrawal agreement Johnson struck with the EU this week until the legislation needed to ratify it has passed.

Having failed to back a divorce deal, they triggered a law requiring Johnson to write to EU leaders by the end of the day asking to delay Brexit, to avoid the risk that Britain crashes out in less than a fortnight.

Johnson sent a photocopy of the letter that was contained in the law requiring him to ask for the delay, but did not sign it, showed a copy released by his Downing Street office early Sunday.

He wrote and signed another letter which made clear he does not want to delay Brexit beyond the end of this month.

"Regrettably, parliament missed the opportunity to inject momentum into the ratification process," Johnson wrote in the signed letter, regretting that EU leaders would now have to spend yet more time on Brexit.

"A further extension would damage the interests of the UK and our EU partners, and the relationship between us. We must bring this process to a conclusion."

Johnson nonetheless said he remained "confident" of completing the ratification process by October 31.

A third cover letter written by Britain's EU ambassador Tim Barrow made clear that the Brexit delay request letter was only being sent to comply with the law.

"I will now start consulting EU leaders on how to react," Tusk said on Twitter.

An EU source told AFP that the process "may take a few days" and declined to comment on the non-signature.

Dutch Prime Minister Mark Rutte said he had discussed the situation with Johnson and "wished him success in the next stages" in the Commons.

Being forced to send the letter after Saturday's defeat was a blow to Johnson, who has previously said he would rather be "dead in a ditch" than prolong the tortuous process of ending Britain's 46-year-old membership of the EU.

Brussels urged Britain to explain its plan as soon as possible, while Macron's office said a new delay to Brexit was "in nobody's interest".

Securing the new divorce treaty at Thursday's EU summit had been a personal victory for the prime minister, a figurehead in the Leave campaign in Britain's 2016 EU membership referendum.

He had spent 48 hours frantically trying to persuade MPs to back it, and won support from many of the eurosceptic Conservatives who had three times rejected a previous divorce agreement secured by his predecessor Theresa May.

But parliament -- like the frustrated public -- is still bitterly divided over how and even whether Britain should end decades of integration with its closest trading partner.

They were meeting on a Saturday for the first time since the 1982 Falklands War.

While MPs voted inside parliament, outside, more than 100,000 people marched to demand a new referendum that could reverse Brexit.

Demonstrators erupted into cheers at the news from inside the Commons.

"Reject Brexit", "Put It To The People" and "Stop This Madness" read some of the placards at the mass march, where many protesters also waved EU flags.

The British government will introduce legislation next week to implement the divorce deal, with a first vote as soon as Tuesday.

The government also wants another vote on the deal on Monday, which may not be possible.

There is a chance the deal could pass, and Britain could still leave the EU on October 31, but there remains strong opposition to the agreement among MPs.