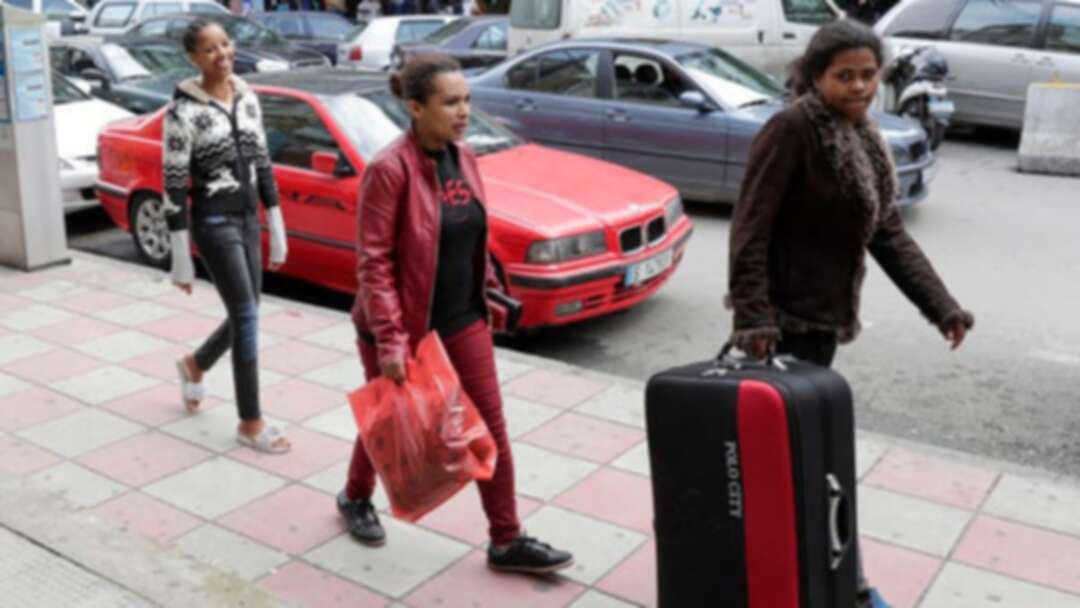 With Beirut’s airport closed due to coronavirus and embassies inundated with repatriation requests, some migrant workers are considering desperate measures – such as illegal smuggling – to escape the country. This is putting increasing strain on the mental health of workers. in Lebanon as economy

In a video shared on social media last weekend, a domestic worker in Lebanon appears to attempt suicide by hurling herself from a balcony. Family members shout at the woman to get back inside as they scramble to position a bedsheet below, hoping to break her fall.

Migrant worker suicide is depressingly common in Lebanon. In another case, this month, Faustina Tay, a 23-year-old domestic worker from Ghana, sent dozens of messages to Canada-based activist group This Is Lebanon warning of abuse at the hands of her employers. She was found dead below her employers’ home on March 14 – her death is considered a suicide.

“We’ve seen an increase in 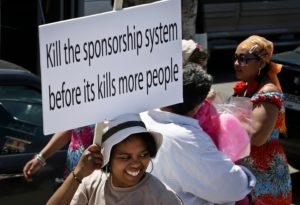 Since its launch in 2010, ARM has founded three Migrant Community Centers across Lebanon, aiming to improve the human and socio-economic rights of migrant workers.

The exact number of migrant worker deaths this year is unknown, but General Security figures from 2017 suggest that two migrant workers die every week in Lebanon, many by committing suicide.

Lebanon’s economic crisis has made the lives of migrant workers harder. Sending money home is almost impossible due to dollar shortages, and employers often use the situation as a pretext to withhold or reduce wages, something many employers were accused of even before the economic crisis. Many migrant workers seek to work abroad to provide for families back home.

“There’s a spike in unpaid wages, devaluing of wages because people are getting paid in lira, and people getting fired. Hundreds if not thousands of workers are stuck and unable to be repatriated. All of this, very understandably, causes extreme stress and desperation,” Ammar continued.

Lebanon’s local currency has seen a 30-40 percent devaluation against the US dollar since mid-October 2019 when nationwide protests kicked off.

Life has always been hard for migrant workers in Lebanon, but now, it has become unbearable. Ashik is one of these: a 20-year-old Bangladeshi who has worked in Beirut for four years and has watched his salary dwindle due to the worsening economic situation in the country.

Now, he is considering a final desperate route out of the country: illegal smuggling through Syria.

Ashik, like many other migrant workers, plans to leave Lebanon if the economy continues to weaken. There are an estimated 250,000 legal migrant workers in Lebanon, but many more are undocumented.

“I have one friend in Greece. You have to go to the Syrian border, then to Turkey, then to Greece,” Ashik said. “When you get to Greece, you have to stay there for three or four months or a year. Then you can go anywhere. It is like a door. From there you can go to Libya, to London, to Italy.”

The land route is very dangerous, Ashik adds. One of Ashik’s friends attempted the route to Europe but disappeared in Syria.

“I haven’t spoken to him. I think he passed to Turkey but I’m not sure,” he said. “Now it is a big problem. He hasn’t had the internet. Three days ago I sent him a message, and he has not replied.”

It is also expensive – the journey from Lebanon to Greece alone costs $4,000 payable to “somebody here in Beirut who is the boss

Despite the risk and the cost, Ashik is still considering the route. “Now everybody is scared about corona. But once corona has finished maybe inshallah 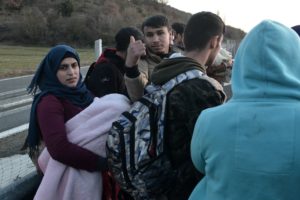 Migrants being arrested by police on the Greek side of the Greece-Turkey border near Kastanies, March 3, 2020. (AFP)

Ashik used to send half of his wages – 300,000 Lebanese lira ($200 at the old rate) – home to his family, and he used the other half to live on. He typically spends 125,000 on accommodation and the rest on food and other necessities.

When the local currency plummeted at the end of last year due to Lebanon’s ongoing economic and financial crisis, Ashik lost around 40 percent of his income. Even if he could find a money transfer shop accepting local currency, his 600,000 lira monthly wage was worth little outside of Lebanon.

“How much can I exchange it for? I need to pay rent for my room, I need to eat, but I’m getting the same money,” he told Al Arabiya English.

“There are two levels,” Ammar explained. “One is an obvious economic one. Self-isolation means that migrant workers are not working as much. Therefore, on top of the economic crisis, they are also losing work opportunities to coronavirus.” 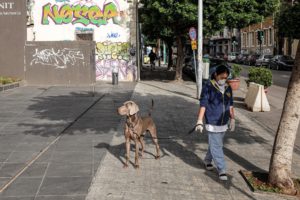 A masked domestic worker walks a dog along a quiet street in the Mar Mikhael district of Beirut. (Finbar Anderson)

With more migrant workers seeking to get back home, many are calling on their embassies to help with repatriation.

Last month chaotic scenes occurred outside the Bangladeshi embassy in Beirut as around 400 Bangladeshis attempted to expedite their exit visas.

Some embassies, such as the Philippines embassy, have begun to help, but undocumented workers still must pay a hefty fee for overstaying their residency – around 300,000 lira every year spent in the country without papers.

Given the unusual numbers applying for repatriation, Lebanon’s General Security has promised to expedite the process by reducing the penalty to a flat fee of 300,000 lira regardless of the number of years overstayed.

The Philippine Embassy has already done this. Last December, the embassy announced it would cover full repatriation costs for its nationals, helping 1,800 Filipino workers return home between December and March. in Lebanon as economy

“Many have expressed that they want to leave but face a lot of obstacles. We have surveyed embassies here to see how they are going about repatriation programs…

Coronavirus: ‘Extremely high’ surge of cases in France, warns PM Turkey struggles to test for coronavirus after it sent its test kits to the US