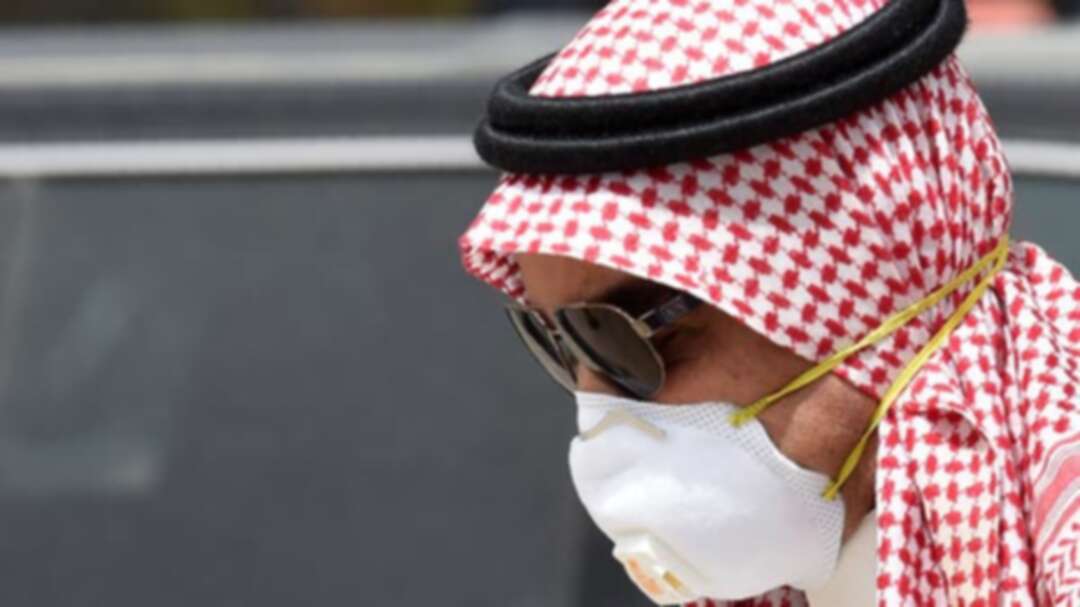 A Saudi man wearing a protective mask as a precaution against COVID-19 coronavirus disease in Riyadh on March 15, 2020. (AFP)

He added 22 of the confirmed cases are in the intensive care unit in critical condition but all others are in stable conditions. Earlier in the day, King Salman bin Abdulaziz ordered coronavirus treatment to be available for anyone in need of medical care, including people who have overstayed their visas in the Kingdom.

The spokesman urged anyone who may be a suspected case or those who are showing symptoms to seek medical attention and use the resources and services available in the Kingdom.

The health ministry did not record any new deaths over the past 24 hours, keeping the death toll at eight. A total of 115 people have recovered so far.

Saudi Arabia tightened its restrictions on movement aimed at slowing the spread of coronavirus in the Kingdom on Sunday.

Residents in Saudi Arabia are banned from entering or exiting the Jeddah governorate as of Sunday to slow the spread of the deadly coronavirus, according to a statement from the Ministry of Interior.

King Salman approved measures last week that banned residents in the Kingdom from traveling between its 13 provinces. Riyadh, Mecca, and Medina were also placed on lockdown as of Thursday, and curfew times were brought forward to begin at 3 p.m. instead of 7 p.m. levant