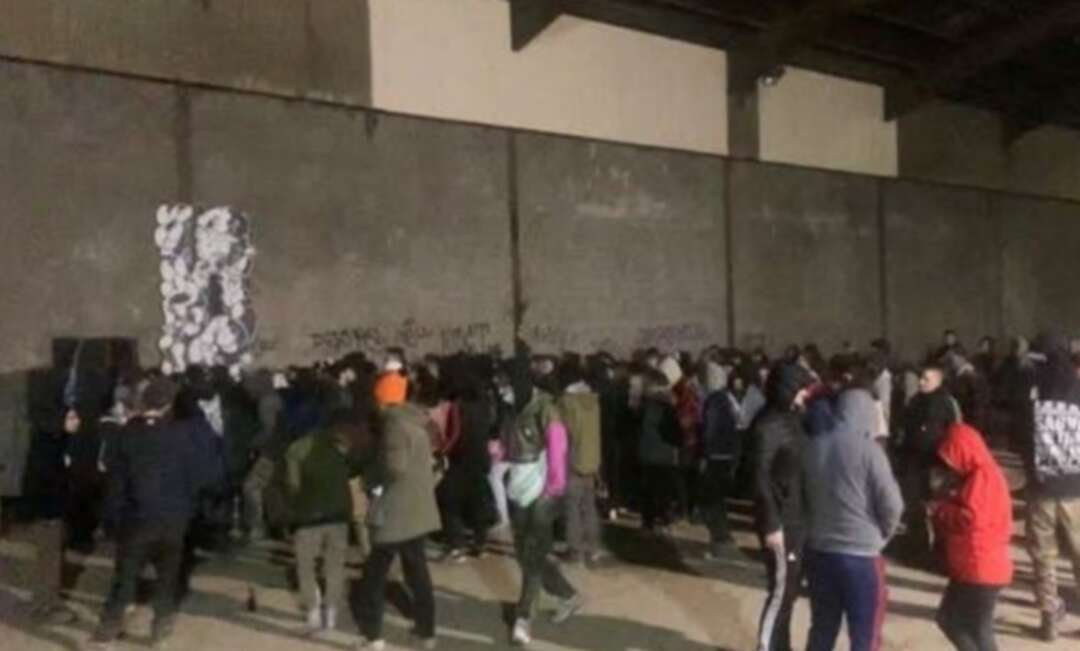 Several hundred French police on Saturday shut down an illegal rave party in northwestern France that had been underway since New Year’s Eve in defiance of a curfew and coronavirus restrictions on large gatherings, officials said.

About 2,500 revelers from across France and abroad attended the rave in a disused warehouse in Lieuron, near Rennes, and some clashed with police soon after the party kicked off on Thursday evening.

The clashes prompted police to wait for reinforcements to be deployed before moving in to put an end to the party, Emmanuel Berthier, head of the Ille-et-Vilaine prefecture, told reporters.

Interior Minister Gerald Darmanin said on Twitter that more than 1,200 party-goers were issued with penalty notices as they left the site, adding that the event’s organizers were being identified and would be prosecuted.

About 800 of the revelers were sanctioned for attending an illegal party, breaking curfew and not wearing masks, and the rest were mostly issued notices for using illegal drugs, Berthier said.

There were also five arrests and sound and lighting equipment was seized, he added.

Prosecutors in Rennes have opened a probe into the illegal organisation of a musical event and violence against persons of authority, the prefecture said, while local health authorities urged party-goers to self-isolate for seven days.

During the clashes on New Year’s Eve, people attending the party threw bottles and rocks at police, and several officers suffered minor injuries. A police car caught fire and three others were damaged.

With the highest number of COVID-19 cases in western Europe, France is stepping up coronavirus restrictions, imposing an earlier curfew in 15 northeastern and southeastern departments from Saturday, starting at 6 p.m. instead of 8 p.m.

France has already had two national lockdowns since the outbreak started and the latest was eased in mid-December, but restaurants and bars are off-limits for now and it is not clear when they might reopen.