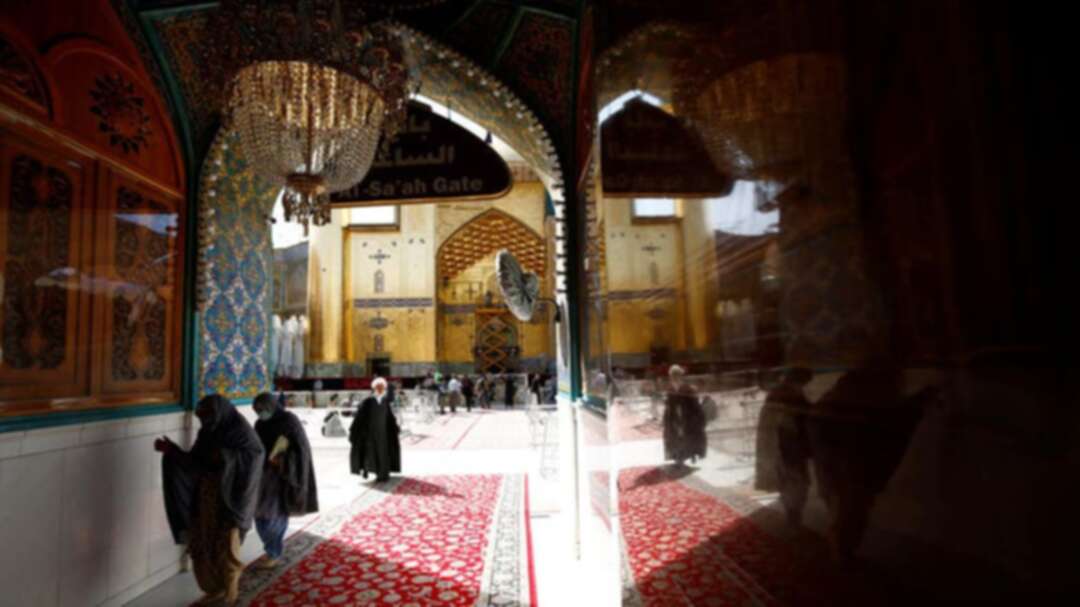 Iraqi hotel manager Badr al-Jilawi needs to think for a moment to remember when the last guest checked in to visit the holy Shia Muslim city of Najaf, once a prime destination for millions of pilgrims.

With the coronavirus spreading, authorities have banned foreign pilgrims, paralyzing an industry already crippled by anti-government protests and an economic crisis in Shia Iran, usually the source of five million pilgrims annually.

Hotels stand empty in Najaf, home to the Iman Ali shrine, and neighboring Kerbela, site of the Imam Hussein shrine - two of the holiest of the Shia world. Souvenir shops and restaurants are also counting their losses.

“Business has stopped. We haven't had one single visitor for around six months, maybe some five Iraqis came but no foreigner,” he said. “Unemployment has jumped (in Najaf).”

He has laid off all but three of his 40 staff to hold the fort with him in the sparsely lit reception.

In total about 4,000 people working in the hospitality sector have lost their jobs in Najaf as the occupancy rate at the 350 hotels and their 40,000 beds is practically “zero”, said Saib Radhi Abu Ghanem, head of the local hotel and restaurant association.

His last guest came in October when anti-government protests broke out and roads were blocked. News that 500 protesters had been killed scared off many pilgrims from Iran, the Gulf, Pakistan, Lebanon, and other countries home to Shias.

More unemployment could fuel the protests, which are driven by complaints by many Iraqis about corruption, mismanagement and the lack of basic services despite Iraq's oil wealth.

Iraqi pilgrims still come but often only for day trips, benefitting the economy little. Many shops in the narrow streets clustered around the shrine have closed and those still open have little to do.

“Najaf has always been a harbor for pilgrims but now I have very little work,” said Omar Saadoun, a tailor selling religious garments.

He has been running his one-room shop for 40 years but business has been rarely as bad as now, not even under Sunni dictator Saddam Hussein, toppled by the 2003 US-led invasion, who used to suppress Shias.

Tourism is a key industry not just in Najaf but also in Kerbela, Baghdad and Samarra, home to other Shia places of worshipping.

More than ten million arrived annually alone in Najaf, half of them Iranians, and hotels were usually booked at this time of the year when some Gulf countries have school breaks, said Abu Ghanem.

Pilgrimage tourism has been in trouble for years due to an economic crisis in Iran, where the currency crashed in 2018 due to US sanctions.

The crisis is worsened by a political void in Iraq. Caretaker Prime Minister Adel Abdul Mahdi, who quit in November over the unrest, walked away on Monday, a day after his designated successor, Mohammed Allawi, also left amid political infighting.

“This is a second coronavirus, that there is no state, no prime minister,” said Jilani. “I have monthly costs of $10,000 for electricity, taxes, water. We should get waivers.”

One hotel still has a business, the five-star Qasr Aldur where some 120 of its 420 rooms are occupied by Kuwaiti pilgrims, who stay here until their embassy has figured out how to bring them back. A doctor keeps checking on them.

“There are no flights anymore so we don't know when we can go home,” said Mohamed Jasser, a Kuwaiti pilgrim.

Once they are gone the hotel owner, Nuri Nur also thinks of closing up and send his 60 mask-wearing staff home.

Authorities check on the health of non-resident travelers at roadblocks to Najaf and Kerbala, and the latter has canceled Friday prayers for the first time since 2003.

Many pilgrims were still undeterred, with few wearing masks and many kissing the Imam Ali shrine, a Shia tradition.

“I have been here more than a thousand times,” said 67-year old pilgrim Said al-Mussawi, head of a group from the southern city of Basra. “God is protecting us so why should I be afraid?”