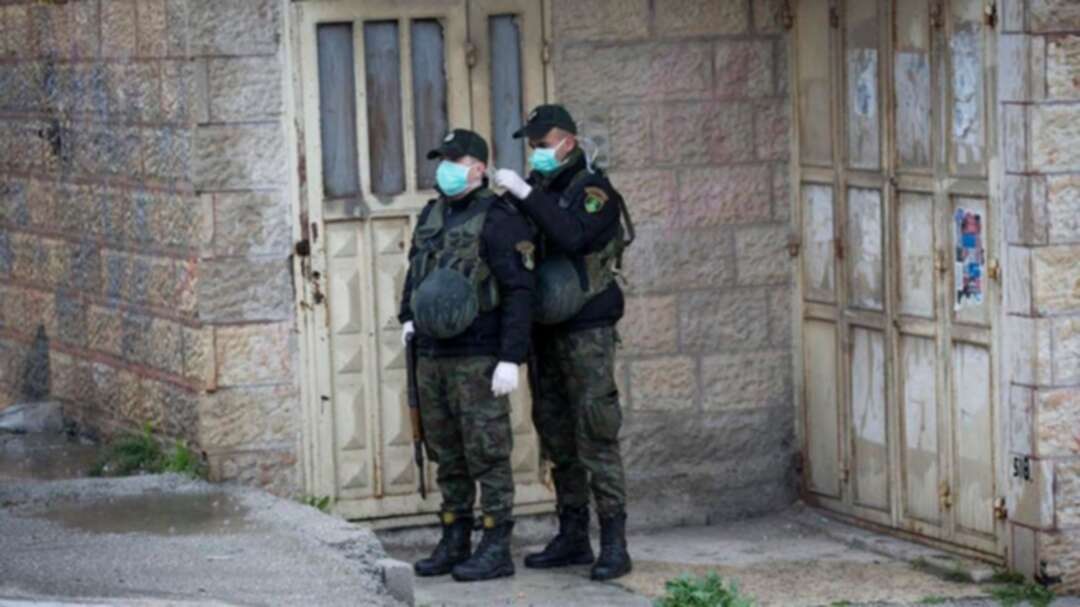 Members of Palestinian security forces wear masks as they stand guard outside a hotel which staff tested positive for coronavirus in Bethlehem, West Bank, Palestine (AP)

Fifteen American tourists have been quarantined in a hotel in the West Bank city of Bethlehem as part of precautions against the coronavirus, a Palestinian government spokesman said on Saturday.

There was no immediate comment from US officials in the region.

“There is a 15-member American delegation in the hotel. They are still there and they are being dealt with according to quarantine regulations like all the others who are there,” spokesman Ibrahim Melhem told Reuters.

The Palestinian Authority has declared a state of emergency in the Palestinian territories after more than a dozen cases of the virus were confirmed in Bethlehem.