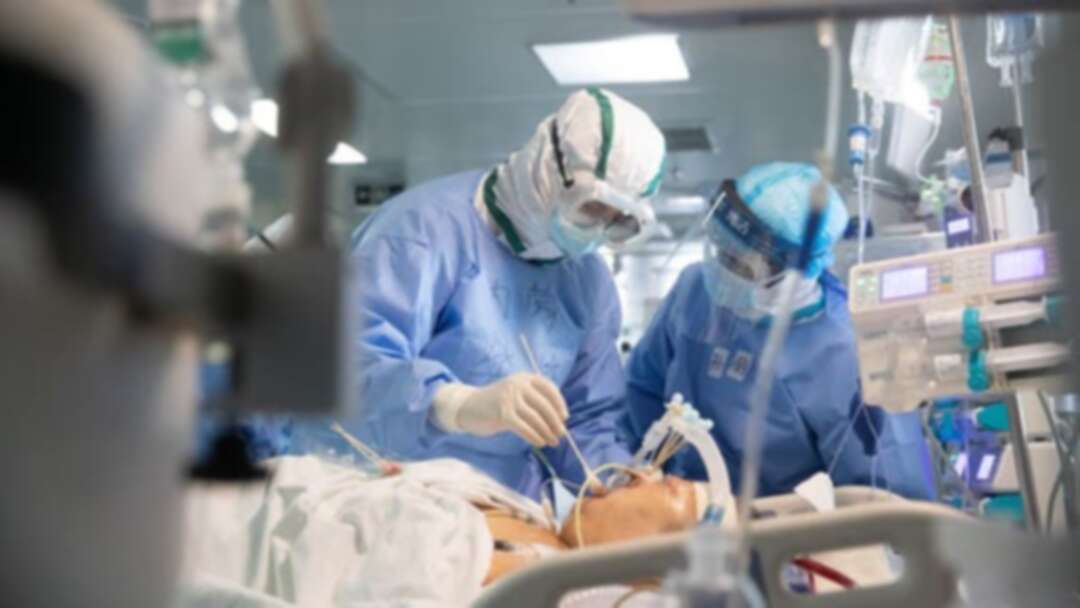 Medical staff treat a COVID-19 coronavirus patient at a hospital in Wuhan, in China's central Hubei province on March 19, 2020. China on March 19 reported no new domestic cases of the coronavirus for the first time since it started recording them in January, but recorded a spike in infections from abroad. (File photo)

China on Tuesday reported no new coronavirus deaths for the first time since it started publishing figures in January, the National Health Commission said.

Cases in mainland China have been dwindling since March, but the country faces a second wave of infections brought in from overseas, with health officials reporting nearly 1,000 imported cases in total. China reports

The worldwide number of fatalities from the novel coronavirus rose to 79,139 on Monday, according to a tally compiled by AFP at 1900 GMT from official sources.

More than 1,310,930 declared cases have been registered in 191 countries and territories since the epidemic first emerged in China in December. Of these cases, at least 249,700 are now considered recovered. China reports

The tallies, using data collected by AFP offices from national authorities and information from the World Health Organization (WHO), probably reflect only a fraction of the actual number of infections. levant

Coronavirus: India to allow export of hydroxychloroquine after Trump appealed for it Britain's Johnson 'stable' in intensive care