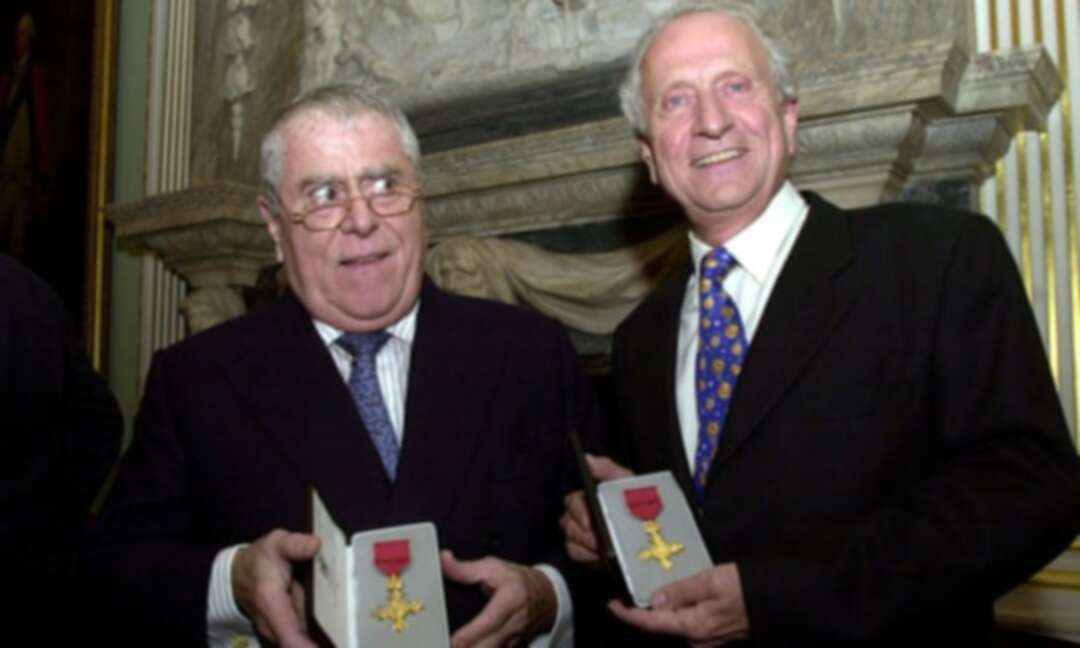 Albert Roux (left) and brother Michel after being awarded honorary OBEs in 2002.

Member of Roux culinary dynasty died on Monday after a long illness, his family has said

The chef and restaurateur Albert Roux has died at the age of 85.

The founder of the Michelin-starred Le Gavroche and member of the Roux culinary dynasty died on Monday after a long illness.

A statement from his family said: “The Roux family has announced the sad passing of Albert Roux, OBE, KFO, who had been unwell for a while, at the age 85 on 4 January 2021. Albert is credited, along with his late brother Michel Roux, with starting London’s culinary revolution with the opening of Le Gavroche in 1967.

“The Roux family have requested that their privacy at this time be respected.”

With Michel, who died in March, Roux founded Le Gavroche in London in 1967, followed by the Waterside Inn in Bray in 1972.

Le Gavroche, known for its classic take on French cuisine, was the first restaurant in the UK to gain one, then two, and then three Michelin stars.

Born in the Saône-et-Loire region of France on 8 October 1935, Albert Roux began training as an apprentice patissier aged 14 before taking up a number of kitchen posts. After serving in the military in Algeria, Roux worked as sous chef at the British embassy in Paris, where he spent two years before leaving for the UK.

In April 1967, Albert and Michel opened Le Gavroche in Chelsea with £3,000, borrowing the rest of the funds.

He was also known for the Roux scholarship, an annual chef competition founded in 1982 with Michel to enable a new generation of chefs in the UK to train in some of the greatest restaurants in the world.

In 1988 Albert’s son, Michel Roux Jr, joined Le Gavroche and over a period of years took over the day-to-day management of the restaurant. He is now the chef patron. Gordon Ramsay, Marco Pierre White, Pierre Koffmann and Marcus Wareing all passed through the La Gavroche kitchen during this period.

Outside of the kitchen, Roux was a keen fisherman and enjoyed trips to the Scottish Highlands, where the family continues to run a small group of Chez Roux restaurants in a number of hotels.

He was married three times with his final wedding, to Maria, taking place in 2018.

Michel Roux Jr said: “He was a mentor for so many people in the hospitality industry, and a real inspiration to budding chefs, including me.”

The Observer’s food critic, Jay Rayner, tweeted: “Albert Roux was an extraordinary man, who left a massive mark on the food story of his adopted country. The roll-call of chefs who went through the kitchens of Le Gavroche alone, is a significant slab of a part of modern UK restaurant culture. RIP.”