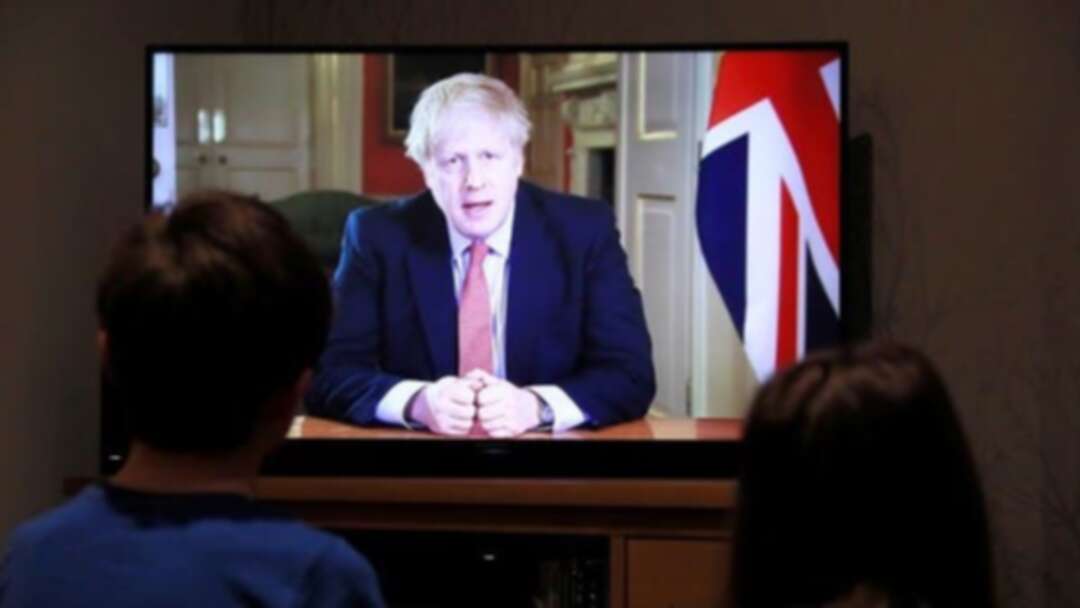 Britain went into lockdown on Tuesday as the number of UK coronavirus deaths recorded its biggest daily jump, but London streets were far from deserted amid confusion over the government’s advice to workers. Britain

In a TV message on Monday evening watched by more than 27 million people, Prime Minister Boris Johnson ordered people to stay at home, banned social gatherings and said nearly all shops must close.

The unprecedented peacetime restrictions, which will last at least three weeks, are intended to stop the state-run National Health Service (NHS) being overwhelmed.

Health minister Matt Hancock warned they would be enforced if people continued to ignore them. “These measures are not advice, they are rules and will be enforced, including by the police,” he told parliament.

The warning came as his ministry revealed that the death toll from coronavirus in the United Kingdom jumped by 87 to a total of 422 - the biggest daily increase since the crisis began.

Critics, however, said the government was sowing confusion by not immediately offering financial support to the self-employed or explaining clearly who should still go to work.

Despite the message for people to stay at home, some roads, while far quieter than usual, were still busy and utility workmen and others were still mingling close together.

“The government needs to urgently provide clearer guidance on who should be working and who shouldn’t,” said Rebecca Long-Bailey, the opposition Labour Party’s business spokeswoman. “No one should be asked to work if they are not providing an essential function in this crisis.”

Under the curbs on movement, people should leave their homes only for very limited reasons such as going to supermarkets for vital supplies or exercise once a day.

Earlier advice for Britons to avoid gatherings was widely ignored, with people flocking to parks and beauty spots. Police, who will be able to issue fines, will now break up gatherings of more than two people, and social events such as weddings - but not funerals - will be stopped. Britain

A snap YouGov poll found that 93 percent of Britons supported the measures but were split on whether fines would be a sufficient deterrent. The survey found 66 percent thought the rules would be very easy or fairly easy to follow.

Supermarkets, where shelves have been stripped bare by panic-buying in recent days, said they had begun limiting the number of shoppers in stores at any one time, erecting barriers outside, and installing screens at checkouts to protect staff.

Last week, the government announced billions of pounds of help for businesses and said it would help to pay the wages of employees, giving grants to cover 80% of a worker’s salary if they were kept on as staff.

But critics said it did not provide support for the self-employed, who total about 5 million in Britain compared to roughly 28 million employees, meaning they either had to keep working or risk losing all income. Britain

“Without removing the agonizing choice between health and hardship, then the positive measures announced by the chancellor last week will be overshadowed and public health efforts will be severely compromised,” said Len McCluskey, general secretary of one of Britain’s largest unions, Unite.

Finance minister Rishi Sunak told parliament the government was working on measures to help self-employed people but said there had to be practical and fair. levant