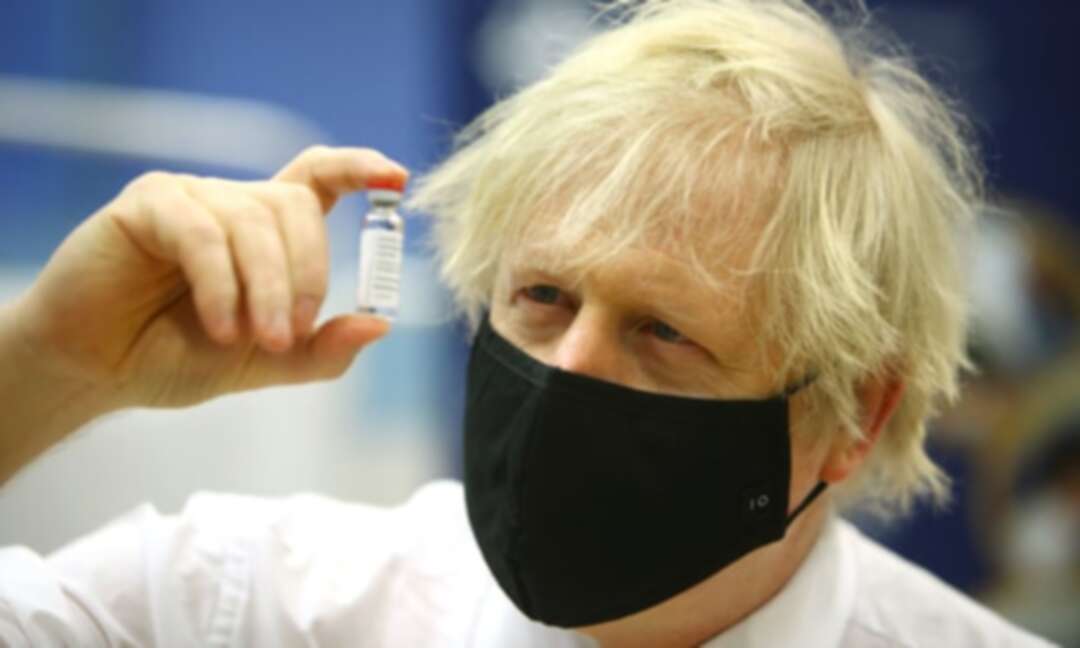 Boris Johnson will say that the UK will share any surplus vaccines and vow to cut the time it takes to develop a vaccine from the unprecedented 300 days achieved last year to 100 days.

Boris Johnson will lead efforts to fend off accusations that the world’s richest countries are hoarding Covid vaccines by pledging at a G7 summit that the UK will donate surplus doses to poorer countries and cut to 100 days the time it takes to produce new jabs.

Both Russia and China are threatening to win an escalating vaccine diplomacy war by sending their vaccines direct to Africa, while the G7 club of wealthy nations continues to pile up surplus supplies as insurance against stocks running out.

Johnson, who is chairing the first meeting of the G7 attended by new US president Joe Biden, found himself forced to share some of the limelight with the French president Emmanuel Macron. On Thursday Macron announced a parallel plan for 5% of Europe’s vaccine stocks to be sent to Africa now, saying his proposal had the backing of the German chancellor Angela Merkel.

Underlining the political and moral necessity of acting quickly, Macron said: “We are allowing the idea to take hold

“It’s an unprecedented acceleration of global inequality and it’s politically unsustainable too because it is paving the way for a war of influence over vaccines. You can see the Chinese strategy and the Russian strategy too.”

The UN secretary general António Guterres said on Wednesday that the distribution of vaccines across the globe was “wildly unfair and uneven”. Just 10 countries have administered 75% of all Covid-19 vaccines while more than 130 countries have not received a single dose. He said: “Those affected by conflict and insecurity are at particular risk of being left behind. At this critical moment, vaccine equity is the biggest moral test before the global community.”

It comes as charities claimed the nations of the G7 – Canada, France, Germany, Italy, Japan, the UK and the US – have collectively pre-ordered 1.5bn more vaccines than their population size justifies.

Christian Aid’s head of advocacy Fiona Smyth said: “We need the nations of the G7 to display values of equality and solidarity, and to stop hoarding excess supplies of vaccines. It’s time that they shared the vaccine recipes with the world so we can make enough vaccines for the world – not just for the richest countries and people. The G7 should ensure that companies share their information, data, biological material, knowhow, technology and intellectual property.”

Johnson will say that the UK will share any surplus vaccines and vow to cut the time it takes to develop a vaccine from the unprecedented 300 days achieved last year to 100 days.

While the UK has seen one of the world’s highest coronavirus death tolls per capita, it has flourished in the development, purchase and distribution of vaccines, with one of the biggest orders of successful jabs.

Johnson confirmed he has asked Sir Patrick Vallance, the UK’s chief scientific adviser, to work with international partners, including the World Health Organization (WHO) and the Coalition for Epidemic Preparedness Innovations (CEPI) and industry and scientific experts, to advise the G7 on speeding up the process for developing vaccines, treatments and tests for common pathogens.

The development of a coronavirus vaccine in approximately 300 days has been generally regarded as a great global achievement but inter-company competition, different regulatory approval processes and commercial secrecy may have created delays. The ambition to cut the process to 100 days was proposed by CEPI earlier this year.

The UK believes greater international collaboration to intensify research and development, modernise medical trials and create more innovative vaccine manufacturing and supply chains could speed the process and save lives. Advanced western economies have not been able to find a way to suppress the virus except through near total shutdowns of their economies.

The UK, in common with the US, is listed as having ordered or pre-purchased four times as many vaccines as its population needs but officials said they will not be able to identify the true size of the surplus until much later in the year. Officials need to assess continued supply chain reliability and whether new vaccines are needed for variants or as a booster dose in the autumn. Countries say they “over-ordered” since there was no certainty that any particular vaccine would succeed or when it would be available so, rather than backing a single horse, countries are spreading their bets.

Macron’s initiative and accompanying interview in the Financial Times more directly acknowledges the damaging perception that the west is ignoring the plight of the poor, and as a result needs to move quickly by handing out 5% of its supplies. He described the plan as a “test of multilateralism. It’s not about vaccine diplomacy. It’s not a power game it’s a matter of public health.”

He argued that unless the vaccine is brought under control everywhere, the virus will mutate and return to Europe in new more virulent forms. He also broached the issue of ending pharmaceutical companies’ control of intellectual property rights saying he did not think the debate was helpful.

G7 nations, instead of sending vaccines direct to Africa, have been funding a complex scheme known as Covax to provide vaccines. All the vaccines that Covax bought first need WHO approval before distribution. Oxford/AstraZeneca, one of the vaccines on which Covax is relying, had to wait until this week to receive WHO approval.

The drug seemed the most suitable for countries such as those in Africa since it is easier to ship and store in a regular fridge than other vaccines, making it suitable for remote areas. Some 2.3bn doses of AstraZeneca’s two-shot regimen were pre-purchased. At least 50 countries had cleared it for use before WHO’s decision.

But questions have been raised about the shot’s effectiveness against some strains such as the one discovered in South Africa and some countries are limiting its use. Many African countries do not have the ability to detect the nature of the Covid strains active in their country. By contrast China has been sending its vaccine to the Sahel, Turkey, and Serbia.

Johnson will also be encouraging G7 leaders to increase their funding for Covax in support of equitable access to vaccines. The UK has already pledged £548m and Germany is expected to increase its funding at the summit.