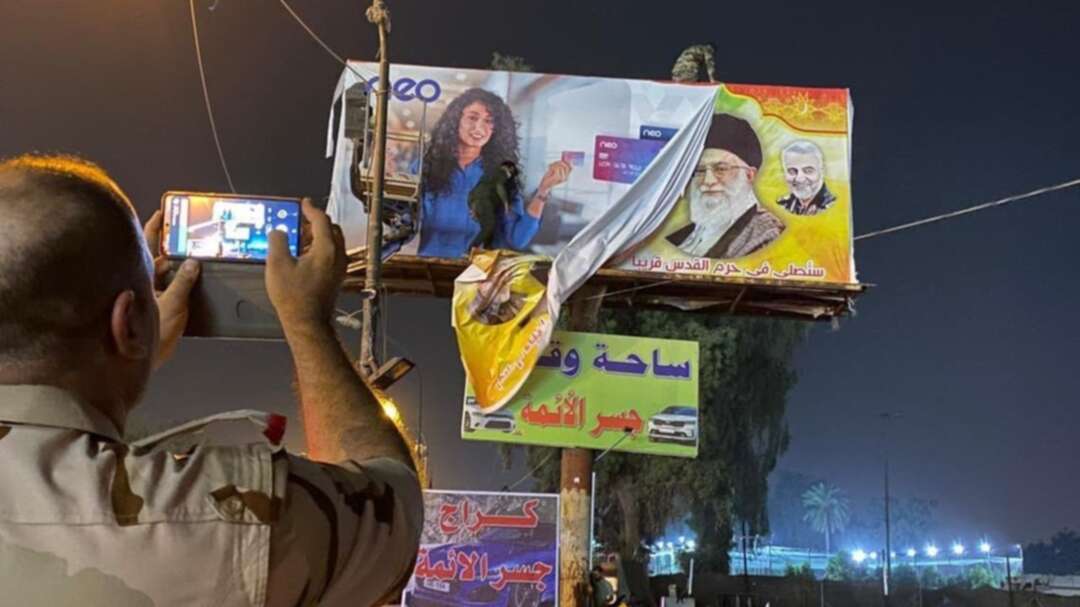 Residents in Baghdad have been captured on camera cheering after billboards of Iran’s former and top leaders were torn down in the Iraqi capital. (Via Twitter)

Residents in Baghdad have been captured on camera cheering after billboards of Iran’s former and top leaders were torn down in the Iraqi capital, a Twitter video posted on Thursday showed.

Soleimani was the head of Iran’s Islamic Revolutionary Guard Corps (IRGC) – Quds Force and one of Iran’s most powerful men. He was killed in a US airstrike on Baghdad Airport on January 3, 2020 alongside Iraq’s Abu Mahdi al-Muhandis, the deputy commander of Iran-backed militias known as the Popular Mobilization Forces.

On Twitter, one user shared a video of the chanting crowds.

Iran has been in the forefront of news since a leaked audio recording in which Iranian Foreign Minister Mohammad Javad Zarif complained about lack of power and criticized the country’s military’s dominance over foreign policy drew an array of reactions, including from US politicians.

In the three-hour recording, published by London-based Iran International TV station earlier this week, Zarif said he had “zero” influence over Tehran’s foreign policy and complained about the extent of the influence the IRGC and its assassinated commander Qassem Soleimani had in comparison.

In response, Iran’s Khamenei said the foreign minister’s criticism of the military in a leaked recording was “surprising and unfortunate.”

“We have recently heard some things from some of the country’s officials that were surprising and unfortunate,” Khamenei said in a live televised speech.

Khamenei, who did not mention Zarif by name at any point during the speech, accused him of echoing US claims.