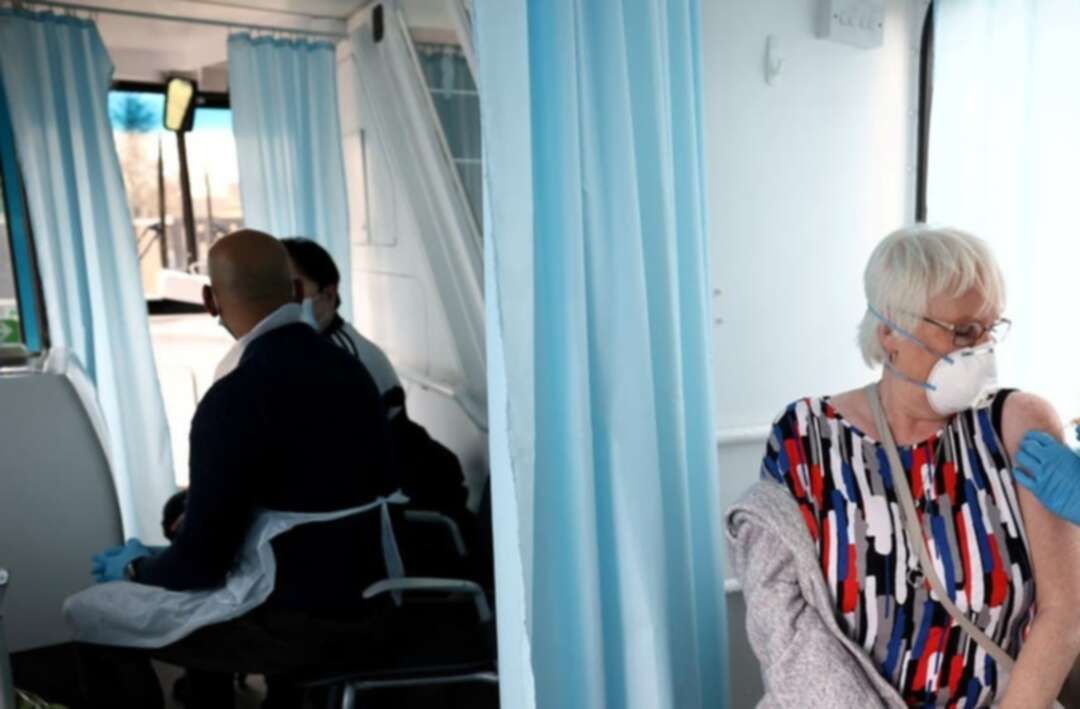 A woman receives a dose of the Oxford-AstraZeneca COVID-19 vaccine in Thamesmead, London, Britain. (Reuters)

Australia on Friday welcomed the European drug regulator’s decision to back the AstraZeneca COVID-19 vaccine after a safety investigation as authorities ramp up the country’s immunization drive next week.

Germany, France and other European nations decided to resume using AstraZeneca doses on Thursday following the European Medicines Agency’s findings that the benefits of the vaccine outweighed the risks.

More than a dozen countries in Europe had temporarily suspended their immunization drive after reports of rare blood clots in some people who received the doses.

“I think this is a very important piece of global, medical news. What we see is the European Medicines Agency has made the same conclusions as the Australian (medicines regulator) ... it’s great news,” Health Minister Greg Hunt told Sky News.

Australia did not halt its nationwide inoculation with the AstraZeneca vaccine despite the pause in Europe, saying there was no evidence the doses caused any serious side-effects.

The majority of Australia’s 25 million people will be administered the AstraZeneca vaccine. Authorities have secured nearly 54 million doses, with 50 million to be produced locally from the end of March.

Australia from Monday will move to the second phase of its vaccination program that would see nearly six million people getting their first dose of either the Pfizer/BioNTech or the AstraZeneca vaccine over the next few weeks.

About a quarter of a million people have received their first vaccine dose as of Friday.

Australia has been reporting zero or low single-digit cases for the last few weeks. New South Wales, the country’s most populous state, reported no new locally-acquired cases for the second straight day.

Australia has reported over 29,100 cases and 909 deaths since the pandemic began.