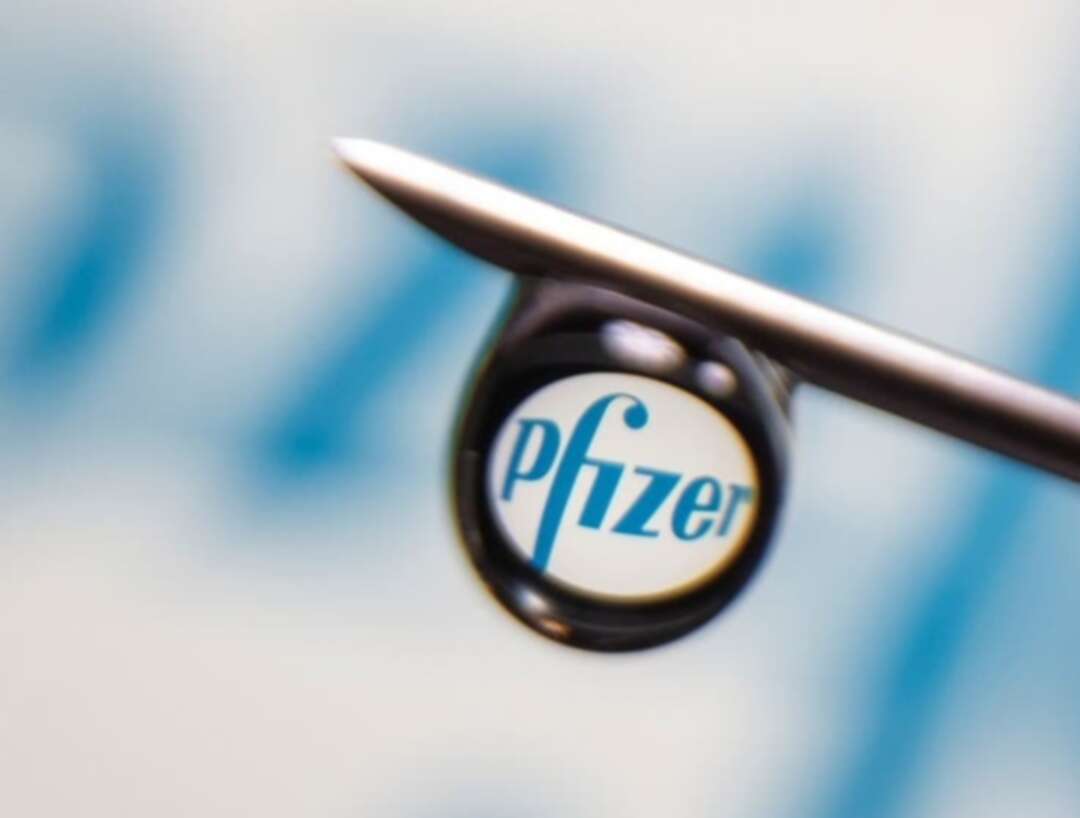 Pfizer logo is reflected in a drop on a syringe needle in this illustration photo taken March 16, 2021. (Reuters)

Australia has doubled its order of the Pfizer Inc COVID-19 vaccine, Prime Minister Scott Morrison said on Friday, as the country raced to overhaul its inoculation plan over concerns about the risks of blood clots with the AstraZeneca Plc vaccine.

Until late Thursday, Australia based its vaccination program largely on an AstraZeneca shot, with an order for 50 million doses - enough for the required two shots for its entire 25 million population - to be made domestically by biopharma CSL Ltd.

But Australia has now joined a host of countries in restricting use of the vaccine due to clotting concerns. Local health authorities have changed their recommendation to say the country’s nearly 12 million people aged under 50 should take the Pfizer product instead.

As a result Australia has doubled an earlier Pfizer order to 40 million shots, enough for four-fifths of the population, which would be delivered by the end of the year, Morrison said.

The policy change to Pfizer effectively ends plans to have the entire population vaccinated by the end of October.

“It is not a prohibition on the AstraZeneca vaccine,” Morrison told reporters in Canberra after a national cabinet meeting to discuss the virus response.

“For those who are over 50, there is a strong encouragement to be taking this AstraZeneca vaccine.” 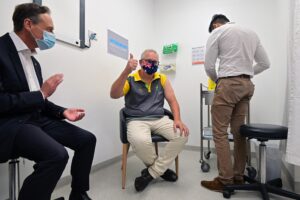 Australia's Prime Minister Scott Morrison reacts after receiving a dose of the Pfizer/BioNTech Covid-19 vaccine, as Minister for Health Greg Hunt (L) looks on, at the Castle Hill Medical Centre in Sydney on February 21, 2021.

After Australia opened a quarantine-free travel zone with neighboring New Zealand, Morrison said he hoped to make similar arrangements elsewhere in the region, and “the more Australians who are vaccinated, the more likelihood there is of being able to have the types of arrangements that I mentioned”.

More than a dozen countries have at one time suspended use of the AstraZeneca vaccine, but most have resumed, with some, including France, the Netherlands and Germany, recommending a minimum age.

Australia’s most populous state New South Wales, home to nearly a third of the population, said it was pausing the AstraZeneca rollout to update “informed consent” documents to notify patients of risks.

Before the updated Pfizer order was announced, AstraZeneca said it respected the Australian decision and was working with regulators around the world “to understand the individual cases, epidemiology and possible mechanisms that could explain these extremely rare events”.

CSL said it remained committed to meeting its contracted arrangements to make the vaccine.

‘Eggs in one basket’

As well as the AstraZeneca and Pfizer contracts, Australia ordered 51 million doses of a vaccine being trialed by US pharmaceutical giant Novavax Inc, but local authorities say they do not expect to approve the product until late 2021. 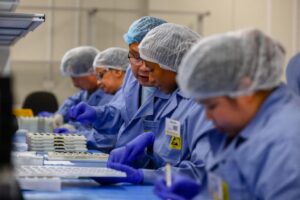 Employees work on the production line of a coronavirus home test unit in Brisbane. (AFP)

Australia also embarked on a home-grown option - as opposed to local manufacture of AstraZeneca’s offshore-developed product - with University of Queensland undertaking a trial of its own vaccine. That trial was aborted in December when the product was linked to false positives in HIV tests.

The government said in January that it planned to have four million vaccinated by the end of March, only to have 600,000 by that time. The number was just over one million as of Friday, the authorities said.

“Australians won’t forget who is responsible for failing to deliver on what are his own promises and his own commitments,” opposition Labor leader Anthony Albanese told reporters on Friday.

“They should have listened to the expert advice that was given to the government, and indeed to all governments, about not placing all our eggs in one basket”.

New Zealand Prime Minister Jacinda Ardern said the country was still assessing the AstraZeneca vaccine, without specifying whether the Australian decision would affect it.

The Pfizer vaccine is the only inoculation approved by New Zealand, which says it has ordered enough for its five million population.

Australia began vaccinations later than some other countries because of its low number of infections, which stand at just under 29,400, with 909 deaths, since the pandemic began.