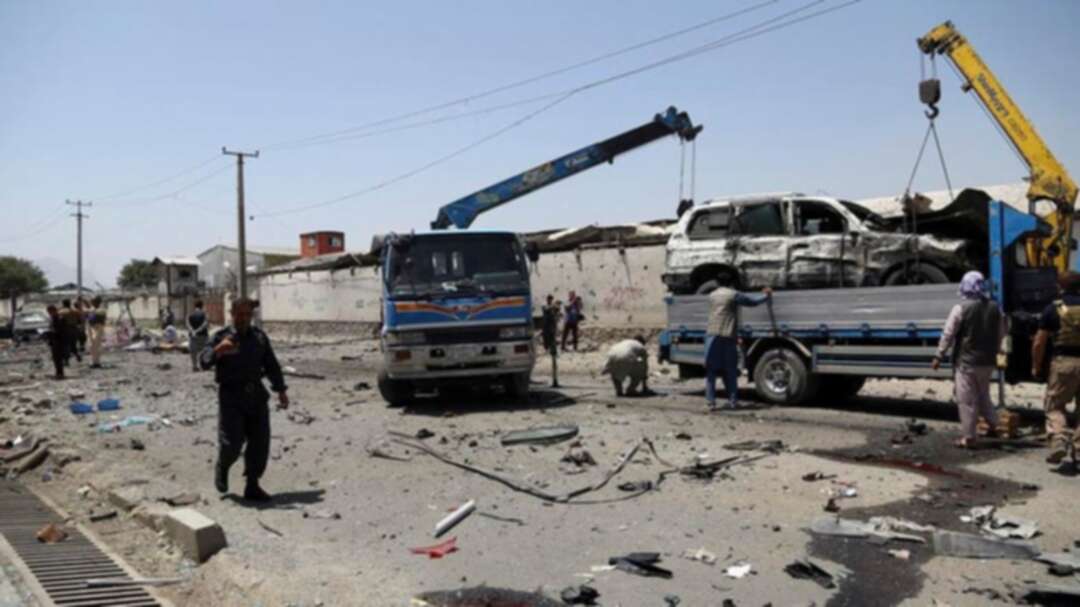 File photo of Afghan security personnel at the site of a suicide bomb attack in Kabul, Afghanistan. (File photo AP)

An Afghan official said a roadside bomb in the southern Helmand province has killed two security personnel, including a senior border commander.

Omar Zwak, the spokesman for the provincial governor, said on Saturday that the blast in the Marjah district wounded two other security officials and a local TV reporter when it struck a passing convoy.

The spokesman said the attack likely targeted Gen. Zahir Gul Muqbil, the army border unit commander who was killed in the explosion.

He added that a reporter with the Shamshad TV network, Sardar Mohammad Sarwary, was among the wounded, and had been accompanying security forces on an operation in Marjah.

‘It was so scary’: VIDEOS show shoppers flee from knife attacker in The Hague Vietnam ‘bans’ activist priest from attending Pope’s Japan mass