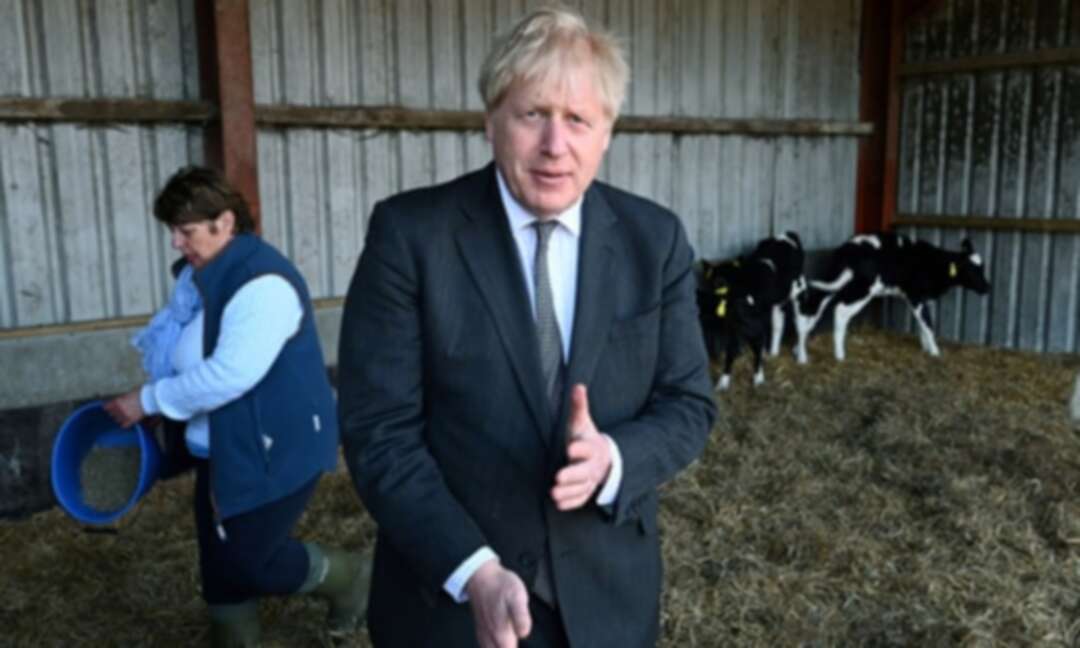 Conservatives MPs and candidates have said that the sleaze allegations surrounding Downing Street are not “cutting through” to voters as a new poll showed the party’s lead over Labour has plummeted ahead of next week’s local elections.

Boris Johnson said on a visit to Wrexham on Monday that the “stuff that people are talking about” in Westminster was not among issues being raised on the doorstep.

However, an Ipsos Mori poll found that the party’s approval ratings had been slashed by five percentage points since last month, following weeks of revelations about lobbying, the refurbishment of the prime minister’s flat, and the latest row with his former key adviser, Dominic Cummings.

A second poll released on Monday found the Conservatives had a 10-point lead over Labour, with both parties unchanged compared to the previous week. The survey of 2,000 voters by the consultancy firm Redfield & Wilton Strategies found that 44% of people said they would vote Tory if there was an imminent general election, while 34% would vote Labour.

Navendu Mishra, the Labour MP for Stockport, admitted the Conservatives were benefiting from a “vaccine boost” that had lifted public spirits, but said voters were raising issues such as cronyism in Westminster. “The sleaze is cutting through. I’ve been on the doorstep over the weekend and several people have mentioned it.”

But Conservatives who spoke to the Guardian insisted that the sleaze allegations had not yet gained much traction among voters – though they said further revelations may have an impact on the elections.

Christian Wakeford, the Conservative MP for Bury South, said he had received only one email complaint so far about lobbying and that was from “a frequent flyer”.

Wakeford said most people assume all politicians are sleazy, and care more about paying their mortgage than Westminster shenanigans. “All the Greensill scandal shows is that David Cameron is a really crap lobbyist,” he said.

“At the moment it feels like something politicians are massively focused on and it doesn’t seem to have massive cut-through. That said, we’re going into the third week of it now, so I imagine eventually some of it might start to land.”

Another northern Conservative MP said they had received “eight or nine” complaints about lobbying so far and that it was a “Westminster bubble issue”.

“To put that into context, I had 2,500 about Dominic Cummings going to Barnard Castle, and can get 500 about badger culls. Four hundred people wrote to me about the Erasmus scheme,” they said.

In Hartlepool, a seat Labour are fighting to retain in a closely watched byelection, Tories and independents said sleaze was not yet being raised on the doorstep. “Not one person has mentioned it to me,” said Ray Martin-Wells, honorary president of the Hartlepool Conservatives. “I just think they’re not really bothered about what effectively is tittle-tattle.”

An aide to a Conservative MP in a red wall seat said there had been little public anger about lobbying compared with Cummings’ lockdown-busting trips to Barnard Castle: “The Dominic Cummings Barnard Castle stuff was probably the most vicious moment that I’ve seen since I’ve been working for an MP. Our emails were horrendous.

“There were people that were genuinely upset about what they perceived Dominic Cummings had done. Now, the press trying to paint him as the man that’s completely truthful … I just don’t think that’s cut through.”

Alastair Watson, the Conservative candidate for Bristol mayor, said voters in “the leafier suburbs where there are quite a few champagne socialists” would mention the sleaze claims, but those people were not likely to vote Tory anyway.

Watson compared Johnson to the former deputy Labour leader John Prescott. “He could do a load of stuff and everyone said: ‘Oh, it’s John Prescott.’ I think there’s a similar thing with Boris out there. It’s: ‘He’s doing his best, he bumbles along.’ He’s extraordinary and he does get to places other Conservative politicians haven’t got to.”