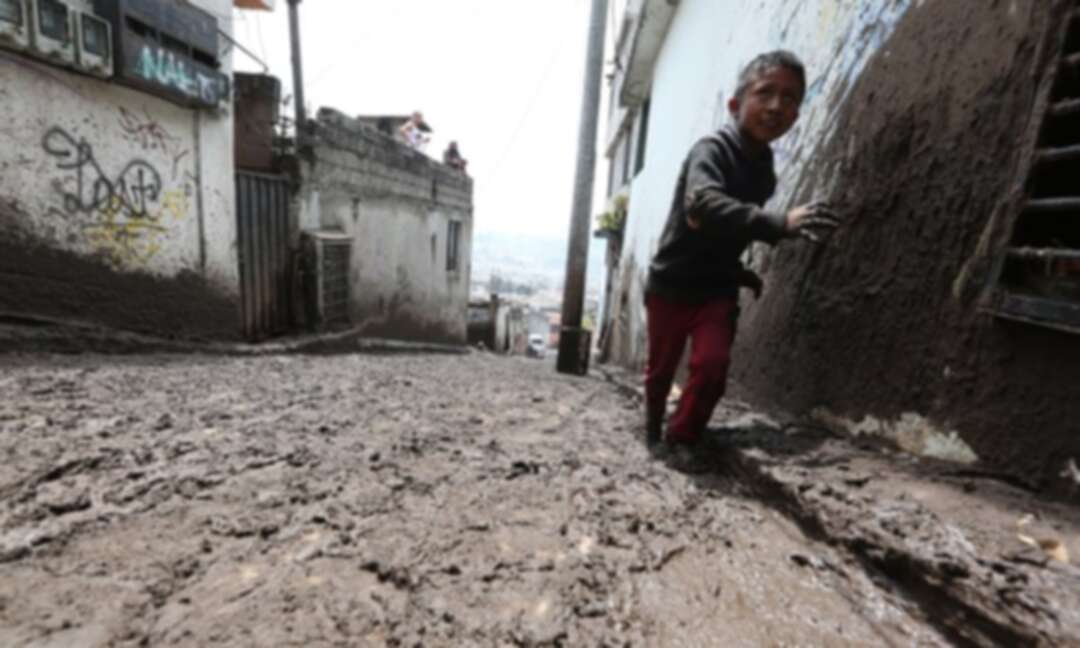 The aftermath of a mudslide following a flood in Quito, Ecuador. The Tomorrow’s Cities programme helps locals prepare for natural disasters.

From Quito to Kathmandu, millions will be endangered by cuts affecting planning for floods, earthquakes and fires, experts say

UK aid cuts to a programme working to reduce the disaster risk to poor communities around the world could endanger millions of lives and slam shut a brief window of opportunity to build safer cities for centuries to come, experts have warned.

Professor John McCloskey, from Edinburgh University, said the 70% cut to this year’s budget for the Tomorrow’s Cities project was an act of “vandalism” that had wrecked the past two years of collaboration with scientists, NGOs, authorities and communities in Ecuador’s capital Quito, Nairobi, Kathmandu and Istanbul.

Globally, about 2 billion urban-dwellers are exposed to hazards such as floods, earthquakes, fires, volcanoes and landslides, threatening the cyclical destruction of lives and livelihoods, according to Tomorrow’s Cities. With urban areas expanding rapidly, it expects this number to reach 4 billion by 2050, while hazards are increasing because of the climate crisis.

“The first million-death earthquake is just around the corner – we all know that. You don’t prepare for earthquakes by just doing physics, you have to plan with decision-makers,” said McCloskey, a professor of natural science hazards. He said the cuts were reversing progress on integrating scientific research with responses of decision-makers, even though Covid showed this to be more vital than ever.

In March, the UK Research and Innovation agency (UKRI) said its funding for international development research projects had been cut from £245m to £125m. Much of that funding is spent through the Global Challenges Research Fund (GCRF), set up to address some of the biggest challenges for low-income countries with local experts.

Scientists and policymakers are furious that Tomorrow’s Cities, which is now likely to terminate the work of local researchers around the world, has been “decimated” for savings that are in fact small. Over five years the research hub was to receive about £20m; this year its £5m budget was slashed to £1.4m. 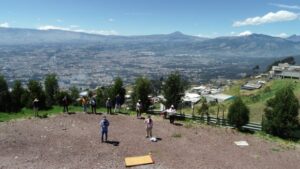 “We are losing the opportunity to move to a sustainable way of living for a small amount of money,” said Teresa Armijos Burneo, from the University of East Anglia, who has been working in the San Luis de Miravalle and San Francisco informal settlements, on an earthquake fault line and in a flood-prone area respectively, outside Quito in Ecuador. The Covid-19 pandemic has pushed more people into these areas.

“The cuts will break the trust that developed between these communities and the scientists,” said Armijos Burneo, whose team brought local people into decision-making about safe building methods and alternative places to live. “We are letting them down because there is no money and we are confirming that they are abandoned by the state.”

After reportedly receiving news of the cuts with just four hours’ notice on 31 March, McCloskey said researchers in four cities were scrambling to salvage some of the work of the past two years, adding that the damage to the UK’s reputation was “breathtaking”.

“This is the best value for your aid budget,” said McCloskey of disaster risk management, adding that humanitarian catastrophes have a huge impact on the global economy. “You get your stake back hundreds of times. The shortsightedness of these decisions is breathtaking. How can your government break its word without batting an eyelid? Some of our partners are saying ‘in our country this wouldn’t be legal’.”

In Nairobi, Kenya, the programme was preparing to work with 200,000 people living in Kibera, Africa’s biggest slum, as well as officials to improve housing in line with the city’s 2015 Disaster and Emergency Management Act. Vera Bukachi, from the Kounkuey Design Initiative community organisation, said the cuts would harm the “life chances of the most marginalised, including women and children”.

In Nepal the research hub was collaborating with the ministry of urban planning in four satellite cities near Kathmandu, where people are still rebuilding after the 2015 earthquake. This work ranges from ensuring people mix cement correctly so their homes withstand future quakes to planning roads.

Rabindra Maharjan, chair of Khokana, a ward in Lalitpur Metropolitan City in Kathmandu Valley, which is a partner, was diplomatic, saying: “We are thankful for this opportunity for our concerns to be heard at government level and look forward to future collaboration with our partners in the Tomorrow’s Cities team.”

A spokesperson for the Department for Business, Energy and Industrial Strategy, which allocates money to the UKRI, said: “The UK remains a world-leading aid donor. This year alone, we will spend more than £10bn to address poverty, tackle climate change, fight Covid and improve global health.

“We are working with our delivery partners to implement a new research and development settlement for 2021–22 as part of our wider commitment to maintain the UK’s world-class reputation for science, research and innovation.”

All Covid-19 fines in England should be reviewed, MPs say Voters not put off by sleaze claims, Tory MPs say, as poll shows drop in approval