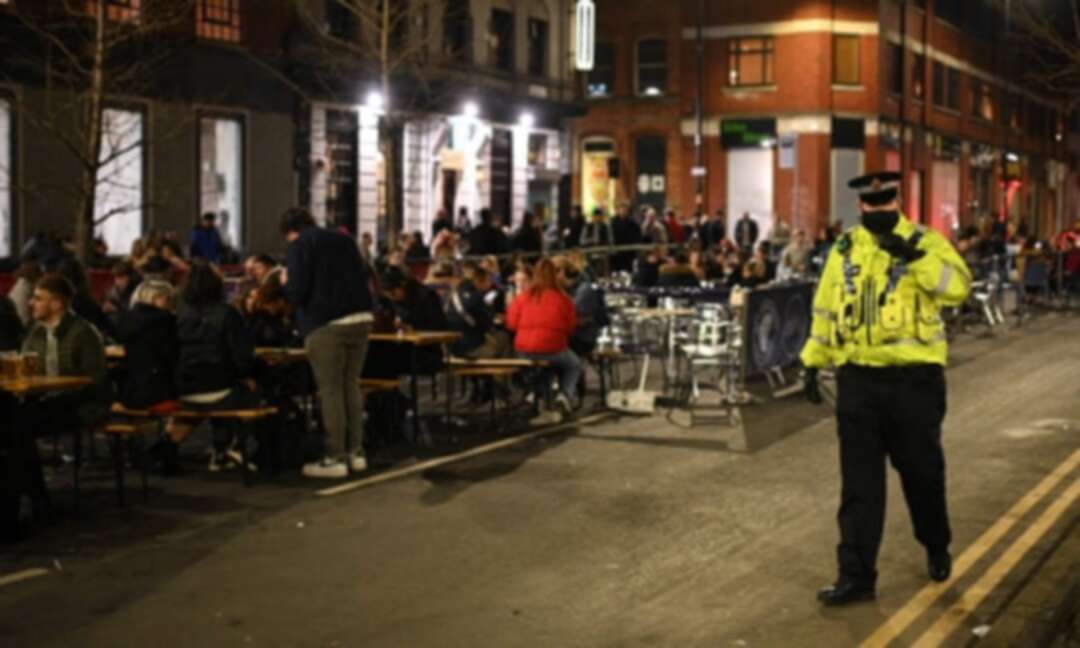 Outdoor drinkers in Manchester on 12 April after lockdown was eased. The maximum fine for breaching lockdown regulations in England is £10,000.

All 85,000-plus Covid fines issued in England during the pandemic should be reviewed, MPs and peers have said, after more than a quarter of prosecutions in the first two months of the year for breaching the regulations were shown to have been wrongly brought.

The joint committee on human rights said coronavirus regulations, which have been changed at least 65 times since March last year, were muddled, discriminatory and unfair.

As well as a review of all fixed penalty notices (FPNs), its members suggest no criminal record should result from Covid FPNs, the income of those hit with big fines – the maximum is £10,000 – should be assessed, and there should be a mechanism to challenge future fines.

Harriet Harman, the chair of the cross-party committee, said: “Swift action to make restrictions effective is essential in the face of this terrible virus. But the government needs to ensure that rules are clear, enforcement is fair and that mistakes in the system can be rectified. None of that is the case in respect of Covid-19 fixed penalty notices.

“This means we’ve got an unfair system with clear evidence that young people, those from certain ethnic minority backgrounds, men and the most socially deprived are most at risk. Whether people feel the FPN is deserved or not, those who can afford it are likely to pay a penalty to avoid criminality. Those who can’t afford to pay face a criminal record along with all the resulting consequences for their future development. The whole process disproportionately hits the less well-off and criminalises the poor over the better-off.”

She acknowledged that the police have a difficult job but noted that “since January there have been greater numbers of FPNs as police move more quickly to enforcement action, and because of a lack of legal clarity, likely greater numbers of incorrectly issued FPNs”.

Out of 325 cases reviewed by the Crown Prosecution Service in the first two months of the year, which were brought under the Health Protection (Coronavirus, Restrictions) Regulations and reached open court, 86 (26%) were found to have been incorrectly charged, the committee found in a report. But this is likely to have underestimated the scale of the problem, as many people are likely to have been put off challenging an FPN in court because of the risk of a criminal conviction. The committee says people should instead be able to challenge fines by way of administrative review or appeal.

The number of FPNs issued by the police was at its highest during the January to March 2021 lockdown period, the report states. It says the government should commission analysis of who FPNs have been issued to because they have “disproportionately penalised some groups over others”.

Large fixed penalties awarded irrespective of the individual’s circumstances “risk being inherently unjust” and the current system “criminalises the poor over the wealthy”, the committee members warn.

They say there should a graduated approach to FPN amounts and people should not face a criminal record for non-payment, questioning “why a breach of the coronavirus regulations would be relevant to someone’s future employment prospects or ability to travel to certain countries”.

The committee also says it is “astonishing” that every single criminal charge brought under the Coronavirus Act has been found to have been brought incorrectly. Unlike the regularly updated and amended regulations, the act has not changed since March last year, moving the members to say: “There is no reason for such mistakes to continue.”

Harman said: “This committee is calling on the government to distinguish clearly between advice, guidance and the law. Fixed penalty notices were originally designed to deal with straightforward matters of law – easily understood by all involved. But our inquiry has demonstrated is that coronavirus regulations are neither straightforward nor easily understood either by those who have to obey them or the police who have to enforce them.”

A government spokesperson said: “Our police officers have worked tirelessly to keep us safe during the pandemic. They have played a crucial role to protect the public and save lives, always engaging with and encouraging of the vast majority of people trying to do the right thing before if necessary, enforcing the rules.

“While the majority of the public are continuing to play their part, it is right that those who most flagrantly breach the rules face consequences, which could include a criminal record.

“Throughout the pandemic, we have maintained a constant dialogue with police forces across the country to help them implement the regulations.”